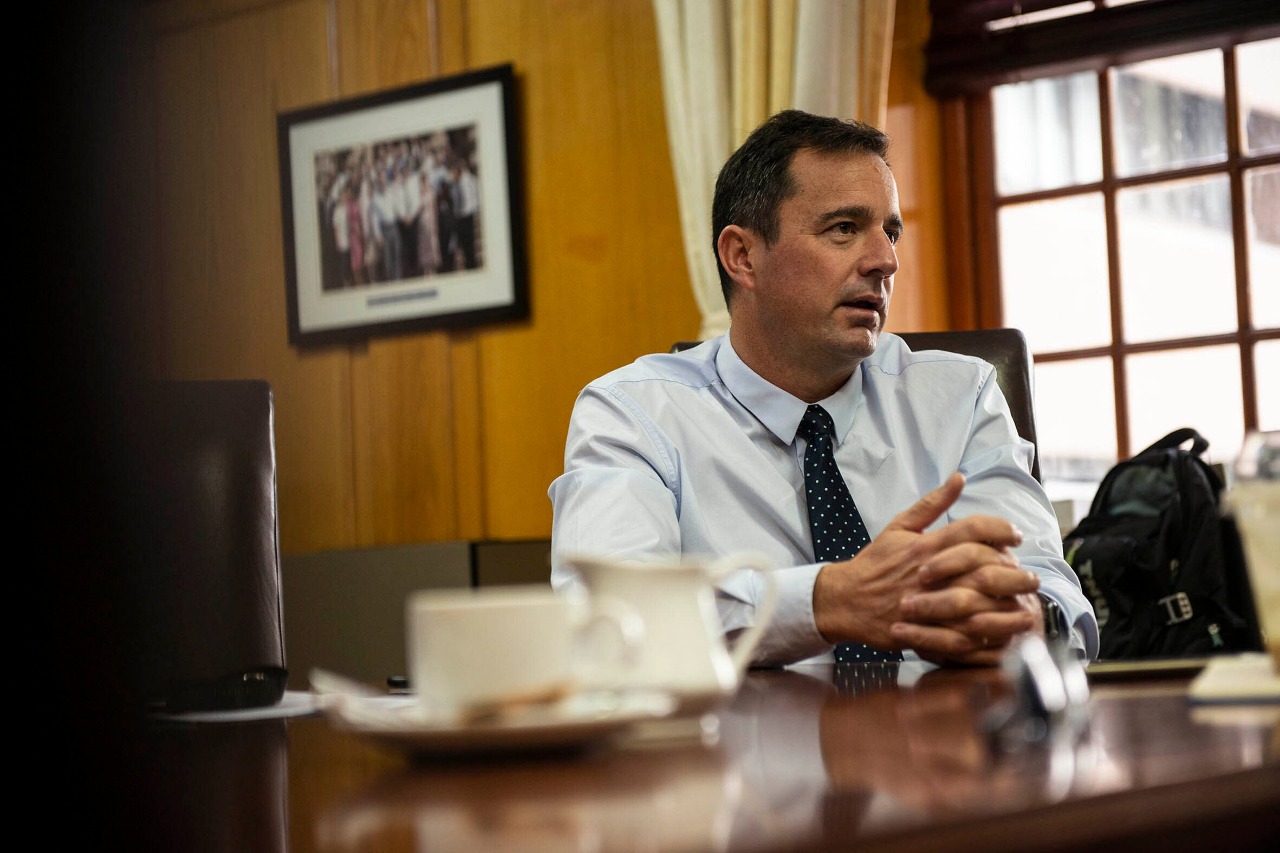 You’d think the choice in this year’s local government elections would be clear: where the ANC governs, things fall apart; where the DA governs, we get things done. But there is a cadre of journalists and commentators who will have none of this.

Nearly everything the African National Congress now touches turns to failure. Municipalities in ANC strongholds aren’t just struggling to deliver services, they’re falling apart. North West is the best example of how bad a powerful ANC has become for local communities. Never mind the municipal audit disclaimers, the theft of Covid-19 relief funds, and the easy escape made by officials implicated in the VBS heist. The billions in taxpayers’ money not spent on repairs and maintenance, or on renewing existing substations and water treatment plants, will have implications for years to come. Power and water outages will become more frequent, and income derived from these services will dwindle. Investment will flee. It is an institutional death spiral. And unless the ANC is replaced by the Democratic Alliance in this year’s local government elections, the rot is likely to spread.

The good news is that there are governments that are bucking the national trend of decline, and they are mostly governed by the DA. Most clean audits are produced by DA governments. The top five most financially sustainable municipalities in South Africa are all run by the DA. Poor households have access to the most reliable basic services in DA-run governments. Thanks to the returns of a decade or more of getting things done, DA governments in Cape Town and Stellenbosch can now invest in their own energy generating capacity. In this way local DA governments are well placed to protect the communities they serve from state failure. You don’t have to believe me, the Auditor-General, Ratings Afrika, Stats SA, or the dedicated men and women who run the country’s best performing municipalities. Ask the folk who move in ever-increasing numbers to DA-controlled towns and cities in the hope of a better life. Even under difficult national economic conditions, the DA is better at creating the conditions for upward social mobility, including economic growth, investment, jobs, and improved basic services.

So, you’d think the choice in this year’s local government elections would be clear: where the ANC governs, things fall apart; where the DA governs, we get things done. But there is a cadre of journalists and commentators who will have none of this. Steeped in the ANC’s worldview, they bemoan the former liberation movement’s corruption and incompetence in government but can’t bring themselves to denounce its toxic combination of racial nationalism and state control. They see the economy backfiring, the decline of the developmental capacity of the state, and vulnerable communities suffering as a result. But they can’t connect the dots between this malaise and the implementation of ANC policies and the adherence to the ANC worldview. The ANC’s spirit must be sustained, even if its body is rotting.

This is why Stephen Grootes, writing in Daily Maverick last week, says that the DA has failed to capture South Africa’s imagination. Unable to see beyond the ideological horizons of the ANC, Grootes is in fact referring to his own imagination. Too difficult to imagine is the idea, supported by evidence at every audit cycle and most indicators of good government, that a liberal democratic party that rejects racial identity politics has a better roadmap for governing South Africa. And so, soft ANC apologists like Grootes are suckers for anything that makes the DA look just as bad as the ANC. What can possibly be worse than a corrupt, inept racial nationalist government that sees its own politicians as proxies for the African people, self-licensed to eat on their behalf? An opposition composed only of and supported only by racial minorities and defending only their interests. And so, the worse the ANC performs, the more pressing the need to hang this tag around the DA’s neck.

Last week Clement Manyathela became bizarrely enamoured by the racial composition of a list of DA election campaign managers. And Grootes was keen to jump on the bandwagon. Ignoring exceptional black leaders in the DA, including the majority of our provincial leaders, all of our metro mayors, and the party’s heads of communication and policy, he draws an adverse conclusion about the DA’s “image of inclusion”. He also suggests that the DA’s defence of gun rights is a play to the insecurities of white men. But what if – and this might push the limits of Grootes’ imagination – there is a significant number of black people who share the interests the DA is fighting for? What if, just as Grootes is blind to black DA leaders like Ivan Meyer, Solly Msimanga, Albert Fritz, Jane Sithole, Gwen Ngwenya and Siviwe Gwarube, he is also blind to the black people who are lawful, licensed firearm owners?

The same point can be made about protecting property rights, pension funds, and medical aid reserves against the grabby hands of the state, the other major battles being fought by the DA against the ANC and the EFF (the ANC’s fundamentalist faction). Black South Africans have no less a stake in these issues than anyone else. Without a modern industrial economy, secured by property rights, a free society, and a capable state, there will be no middle class to aspire to, no chance of rapid upward social mobility to redress the inequities of the past. To create the kind of society envisaged by our Constitution, South Africa needs a party like the DA, capable of seeing and fighting for shared South African interests that cross racial lines. To continue to get things done, on a bigger scale, in more towns and cities, we won’t be using the failed roadmap of the ANC. The choice now is simple. South Africans can choose the ANC that is failing in government or the DA that governs well and gets things done.