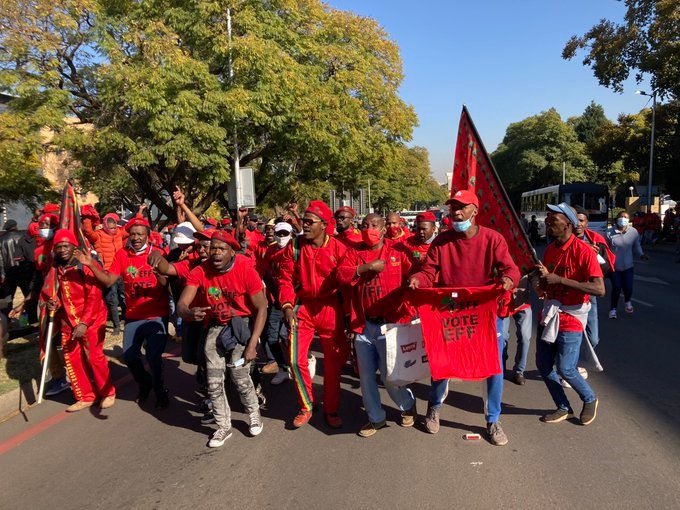 The DA welcomes the police action against the EFF following their highly irresponsible march to the South African Health Products Regulatory Authority (SAHPRA) offices today. The DA had warned that this protest had the potential of turning into a super spreader event – it was for this very reason that we declined the EFF’s invitation.

The DA is glad that the South African Police Service (SAPS) has opened a criminal case against the convener of the EFF march.

It is clear as day that this so-called march to “save lives” was nothing more than a cheap political opportunity by the EFF to grandstand in an effort to postpone the local government elections. The EFF has once again proven that to their supporters that they will not hesitate to use them as cannon fodder which they can step on in their bid to gain power, but whom they will ultimately fail.

The EFF does not care about saving lives; if they did, they would not have held a march that contravened lockdown regulations and put approximately 2 000 of their followers at risk of contracting Covid-19 at a time when the Gauteng health care system is being overwhelmed by the third wave of the pandemic and people have an exceptionally high risk of catching this dreadful virus.

The EFF is battling for relevancy after an extended lockdown and a hybrid-Parliamentary environment proved that there is nothing more to them than their circus act of disruption and destruction. Unable to employ their one-trick pony antics, the EFF has proven that they are unable to affect change through the correct Parliamentary channels and will ultimately fail their followers, like they have done during today’s march and since the Covid-19 lockdown started.