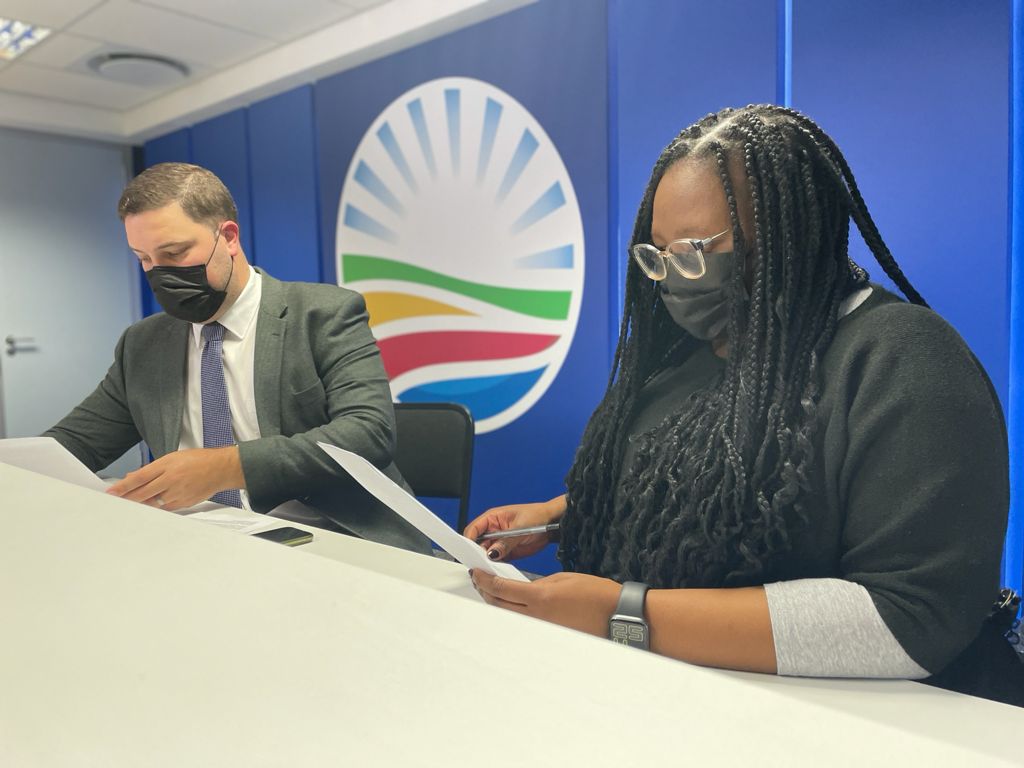 The DA proposes the establishment of a parliamentary ad hoc committee to conduct a full inquiry into the government’s handling of its Covid-19 vaccine programme in its entirety.

We propose that this multiparty ad hoc committee should have broad terms of reference to allow for as comprehensive an inquiry as possible. Specifically, this committee should:

Conduct an inquiry into all matters related to the government’s failure to timeously acquire and secure an adequate supply of Covid-19 vaccines for the South African public.

South Africans have good reason to feel real angry and let down, because of the government’s now-obvious failure to acquire and secure an adequate supply of vaccines early enough to protect lives.

As the third wave of infections gains fatal momentum, tens of millions of South Africans are waiting fearfully for their vaccine. But the government’s vaccine programme is still making dangerously slow progress, putting many lives at risk.

The consequences of this failure will be the needless loss of so many loved ones, and the stress and isolation of trying to avoid infection until vaccines arrive.

While we all celebrate seeing the pictures of vaccines being administered to some senior citizens, and hearing how one or two of our own elderly family members have received their first jabs, this does not make up for the failures of the vaccine programme thus far. The fact is, there are far too few vaccines available, those that we do have are late, and are being too slowly rolled out to stop this pandemic.

There must be full and frank accountability for this failure. South Africans want to know – and have a right to know – what happened, how we got here, and who is responsible. This is the essential work of Parliament, and it cannot shrink from that responsibility now.

There is clear precedent for Parliament to establish ad hoc committees of this nature. In 2018, Parliament conducted an inquiry into ‘allegations of governance failures and state capture at Eskom’. This report has formed critical work that was handed over to the Zondo Commission in its investigation into State Capture in South Africa.

Additionally, during the testimonies by the current and previous Speakers of the National Assembly, it became clear that Parliament neglected its constitutional obligation of holding the Executive to account and in effect aided and abetted State Capture through its inaction.

Government made two crucial mistakes right from the beginning. The first was the initial decision to exclusively pursue vaccine access through the Covid-19 Vaccines Global Access (Covax) facility and the second mistake was the failure to not timeously engage in direct bilateral agreements with manufacturers through an advanced market commitment mechanism. Many other middle-income countries did this as soon as vaccines went into phase two and three trials.

The writing was on the wall in late 2020 already when it emerged that the South African government missed the deadline (9 October 2020) for a first payment towards the Covax programme. When the DA questioned Finance Minister Tito Mboweni in Parliament on 4 December about missing the deadline, he denied this. Less than two weeks later, and it turned out that South Africa also missed the second deadline on 15 December. To date, we have not received a single Covax vaccine.

Following this, government communication on vaccines became increasingly opaque and dishonest. President Cyril Ramaphosa’s claim that his government had been negotiating with suppliers for six months had been exposed as misleading, not only by the vaccine manufacturers themselves but also by a letter dated 7 January in which the Department of Health applied to the National Treasury for deviation from the normal procurement processes for the acquisition of the vaccine. This also proved that the government was now scrambling to gain access to a vaccine.

Both the President and Minister Zweli Mkhize have attempted to spin this failure away, with the former blaming other countries for buying up all available vaccines. The truth is of course that South Africa never even joined the queue to access the vaccine in the first place.

Had it not been for the Sisonke Covid-19 Trial, not a single South African would have been vaccinated until the rollout kicked off on 17 May 2021.

Before this date, only 479 768 South Africans – mainly healthcare workers – had been vaccinated.

Given that 40 million South Africans need to be vaccinated, the first 6 months of the government’s vaccine programme cannot possibly described as a success.

There must be full accountability for what led to this failure, and who is responsible for it.

As phase 2 approached, the Electronic Vaccination Data System to register the elderly for vaccination became riddled with problems. Many citizens over 60 still have not registered because they do not have access to the system, or they have tried to register but are unsure of when and where they should go for vaccinations because they never received confirmation of registration. Not to mention teachers who have yet to see a concrete plan for their vaccinations.

South Africa is still one of the top 30 lowest vaccinating countries in Africa, with a mere 2.73 vaccinations per 100 people. Our neighbouring countries such as Zimbabwe, Botswana, Namibia and Eswatini are vaccinating at a much faster rate.

The need for a full parliamentary probe into the government’s poorly planned and, thus far, poorly executed vaccine programme is therefore not only urgent but in the public interest. The failure by the ANC government to organise an efficient and effective rollout cannot be ignored. Those who have played a role in this gross failure of the South African people must be held to account and Parliament has a duty to investigate.

The Speaker is empowered to establish an inquiry of this nature and to ensure that Parliament doesn’t neglect its constitutional obligations in a moment of a national crisis once again.