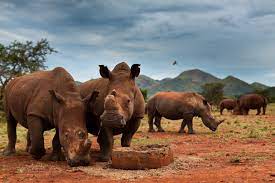 The DA welcomes the release of the High Level Panel Report on the Management, Breeding and Hunting of Elephant, Lion, Leopard and Rhinoceros by the Department of Environment, Forestry and Fisheries on Sunday.

There were some encouraging aspects of the report, especially the recognition of the diversity in opinions and the acknowledgment that further public consultation will take place. Ethical hunting remains a recognised aspect of the South African economy and is an accepted component of our shared culture. It was highly important to note that the universally abhorrent export of lion bones will be stopped.

The DA does, however, have concerns regarding certain aspects of the report, including:

The DA will take time to study the report in full and will make further considered inputs.

The brutal reality is that under the ANC administration, poaching of endangered species in South Africa is out of control. SANParks recently admitted that 70% of all the rhinos in Kruger National Park have been killed by poachers over the last ten years alone. If this is not stopped soon, the entire rhino population of Kruger Park could be gone within the next 10 years. There must be a continued and urgent focus on preventing all forms of poaching. We must smash the syndicates that continue to trade illegally in rhino horn and encourage people to enter into a life of crime. Most of all, we must continue to do all we can to protect these magnificent animals for future generations.