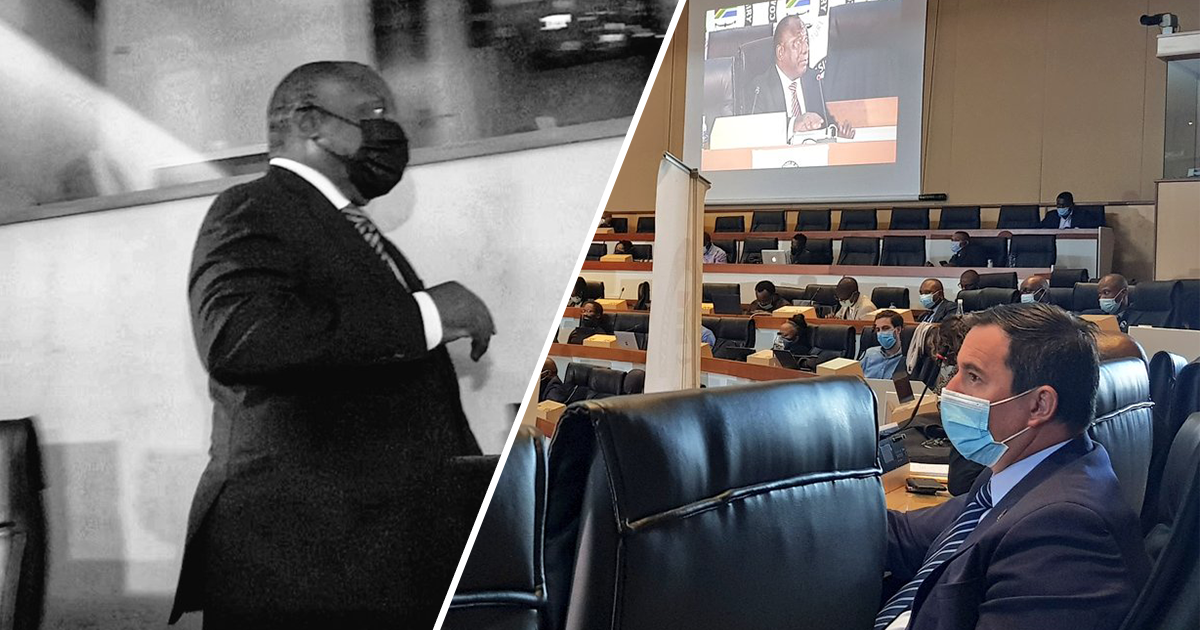 Today is D-day for President Ramaphosa to give a full disclosure at the Zondo Commission of his role in the capture of the state through his party’s policy of cadre deployment. The sole purpose of this commission is to expose State Capture in its entirety, from its inception right up to individual incidents of corruption that flowed from this. It is therefore crucial that the genesis of the project is revealed in full, and not merely the symptoms.

President Ramaphosa was not a powerless witness to this process. During the worst period of State Capture he was at the very heart of it, heading up the ANC’s Cadre Deployment Committee from 2013 to 2018. He directly oversaw the deployment of compromised individuals such as Brian Molefe, Shaun Abrahams, Arthur Fraser, Lucky Montana, Hlaudi Motsoeneng, Dudu Myeni, and Busisiwe Mkhwebane. The Zondo Commission will have failed in its mission if it allows Ramaphosa to dodge accountability for this critical step, and for the convenient myth of a bad ANC and a separate good ANC to persist.

Since the Cadre Deployment policy was adopted by the ANC in 1997 – with its openly stated intention to “control all levers of power” – the DA has warned of the dangers of capturing the state through the deployment of party loyalists. Two decades ago these warnings were dismissed as racist and anti-transformative, but it has now become clear to all that we were right all along and that cadre deployment would inevitably lead to the large-scale exploitation of this captured state.

Contrary to the common narrative, State Capture is not just the looting of the state by families like the Guptas or companies like Bosasa. They simply saw the opportunity to exploit an already-captured state by cosying up to weak and greedy leaders. If it wasn’t them it was going to be someone else. With this Commission we now have the opportunity to expose the full rot and alter our course. If President Ramaphosa doesn’t answer frankly and honestly today, that window of opportunity will close and our country will continue to suffer under a dysfunctional, corrupted government.

Ever since taking office President Ramaphosa has spoken incessantly about cleaning up his government, but to date we have seen no evidence of this. His appearance at Zondo also happens to coincide with the deadline set for ANC Secretary General Ace Magashule to step aside due to pending corruption charges. This, too, is a critical test of the Ramaphosa administration’s determination and ability to deal with the rot in the ruling party. If they were to allow Magashule to remain in his position, it will be another nail in the coffin of the ANC’s credibility.

Yesterday, during Freedom Day celebrations in Botshabelo in the Free State, President Ramaphosa called on South Africans to punish corruption, theft and the mismanagement of public money with their votes in the upcoming local government elections. He rightly pointed out that the vote is the most powerful weapon in the hands of citizens. And while it is bold of him to urge voters to punish his own party for their ongoing failures, he needs to realise that it’s not only the voters who have a responsibility to deal with the corrupt. He and his party have this responsibility too. Talking about it is not enough. South Africans need to see action, and that starts with both his honest testimony at Zondo today, and the enforcement of his party’s step-aside rule for Magashule.