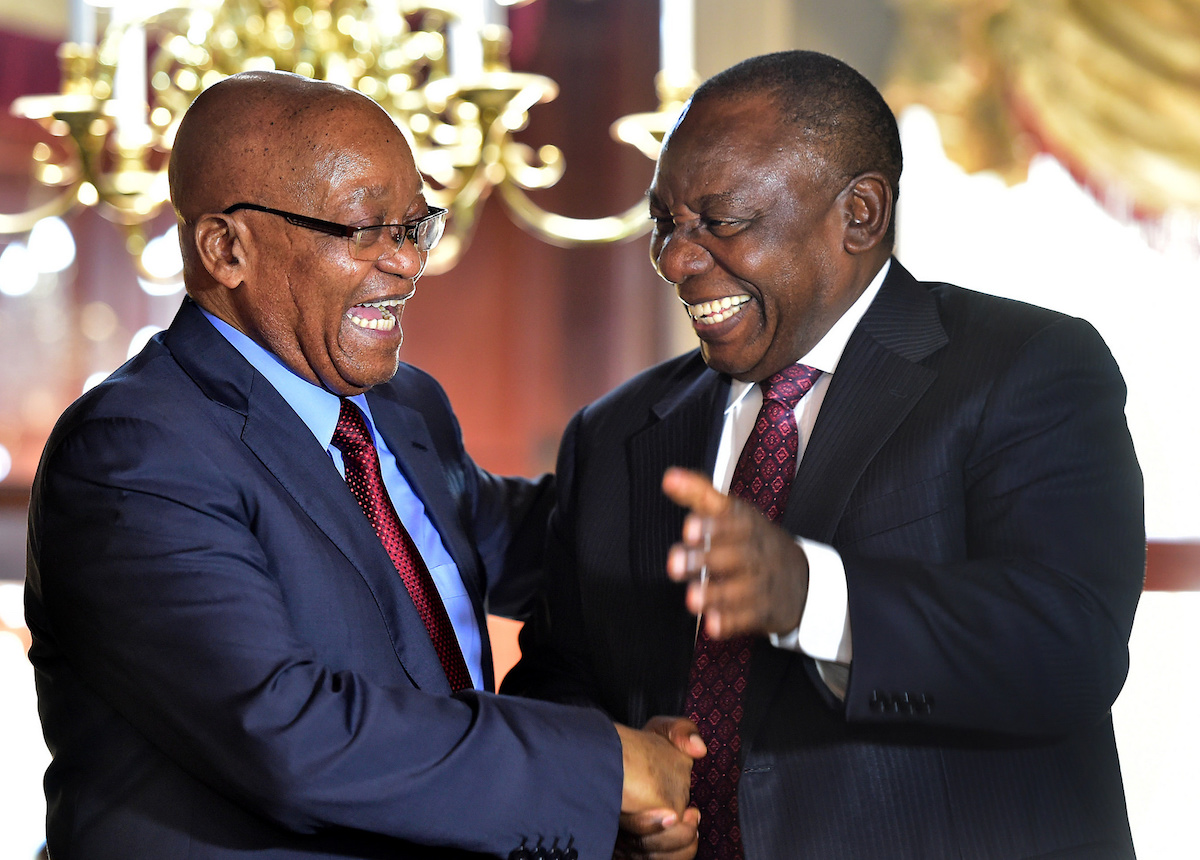 The Democratic Alliance (DA) has received confirmation of receipt from the Zondo Commission of a series of questions directed at President Cyril Ramaphosa pertaining to his role as the chairperson of the ANC’s cadre deployment committee. The questions were submitted on the 2nd of February 2021.

The DA has also submitted a Promotion of Access to Information Act (PAIA) application to the ANC to obtain a full record of cadre deployment discussions, decisions, minutes of meetings, and other relevant information since President Ramaphosa became its cadre deployment committee chairperson in 2013.

We trust that in the interests of accountability and transparency in the wake of State Capture, Judge Zondo will ensure that these questions are put to President Ramaphosa when he testifies at the Zondo Commission between the 22nd and 29th of April 2021.

4. Once the deployment committee has identified its preferred candidate, how is that preference communicated to officials in the state?

5. Are you aware of any instance where the ANC’s cadre deployment committee, or a member of the committee, informed a selection panel, executive authority or any other appointing authority in the state of their preferred choice for appointment to a position of influence in the public sector?

6. Do you believe that pressure being exerted by a political party on the state with the intention of influencing appointment decisions violates the principle of the separation between party and state?

7. Are you aware of any instance where a political party aside from the ANC has ever enjoyed the privilege of informing a selection process that they wanted one of their members appointed to a particular position in the public sector?

8. If not, would it then be reasonable to say that only the ANC enjoys the distinct privilege of advising the state on key appointments?

9. Would it also be accurate to say that as the former chairperson of the ANC’s cadre deployment committee, you believe that senior positions in the public service, the public administration, state-owned entities, municipalities and other government agencies should be staffed primarily by people who have proven themselves to be “loyal” to the ANC?

10. Once a person is selected as the preferred candidate by the ANC’s deployment committee, and that decision is communicated to officials in the state, does that person then enjoy an advantage over other applicants who were not selected by the committee, or who may not be member of the ANC?

11. Section 197 (3) of the Constitution stipulates that “No employee of the public service may be favoured or prejudiced only because that person supports a particular political party or cause.”

12. Section 9 (2) of the Constitution further stipulates that “The state may not unfairly discriminate directly or indirectly against anyone on one or more grounds, including race, gender, sex, pregnancy, marital status, ethnic or social origin, colour, sexual orientation, age, disability, religion, conscience, belief, culture, language and birth.”

Given that cadre deployment in practice disadvantages applicants who do not express a favourable “conscience” or “belief” towards the ANC – as measured through the deployment committee’s assessment of “loyalty” to the party – do you agree that the ANC’s policy of cadre deployment amounts to unfair discrimination and violates 9 (3) of the Bill of Rights?

13. Could you confirm under oath whether you have ever seen the memorandum entitled “Deployment Committee Procedures,” issued by the Secretary-General’s Office last year? Can you confirm the authenticity of this memorandum? (Attached)

14. Can you confirm whether the following procedures, outlined in the memorandum, accurately reflect the process currently being followed by the ANC’s cadre deployment committee: “The office of the Deputy Secretary General should be informed of all posts prior to them being advertised and be sent the advert once they have been published. This process is to allow for Comrades who meet the criteria on the database to be allowed to apply…No appointment should be taken to cabinet without passing through the deployment committee first.”

15. In particular, can you confirm that it is the policy of the ANC that “No appointment should be taken to cabinet without passing through the deployment committee first”?

16. Can you confirm whether the ANC continues to implement its policy of cadre deployment to this very day?

18. During her testimony delivered in November 2018, former minister Barbara Hogan described the ANC deployment committee as “a handful of people [that] just simply decide that this is their preferred candidate, on what basis, what transparency is there?” She went on to say that “the ANC saw it as their right to instruct a minister who should be appointed and not appointed. That is an abuse of power and that is usurping executive authority…It cannot be that closeness too or membership of the ANC should be the determining factors in the selection of candidates to senior positions.”

Do you agree with Hogan’s assessment of cadre deployment? If not, why not?

19. As the chairperson of the ANC’s cadre deployment committee during President Zuma’s tenure, do you agree that you were complicit in what Hogan calls “an abuse of power that is usurping executive authority?”

20. Do you accept responsibility for the appointments that were made while you were chairperson of the ANC’s cadre deployment committee?

21. Do you agree that the ANC’s policy of cadre deployment – which appears to value political “loyalty” to the ANC over demonstrated merit – was a key element that enabled corruption and state capture through the appointment of unsuitable individuals into positions of power?

22. Do you believe that, in the absence of the ANC policy of cadre deployment and with a stronger separation between party and state, it would have been more difficult for nefarious actors to gain control over the levers of power in the state?

23. Do you believe that the country’s current public administration legal framework provides inadequate safeguards against state capture? In what ways do you believe it may be inadequate?

24. Do you believe that the outlawing of cadre deployment and the bolstering of the separation between party and state would be an important element of preventing state capture and corruption in the future?

Local Government Elections are coming up in 2021! Visit check.da.org.za to check your voter registration status