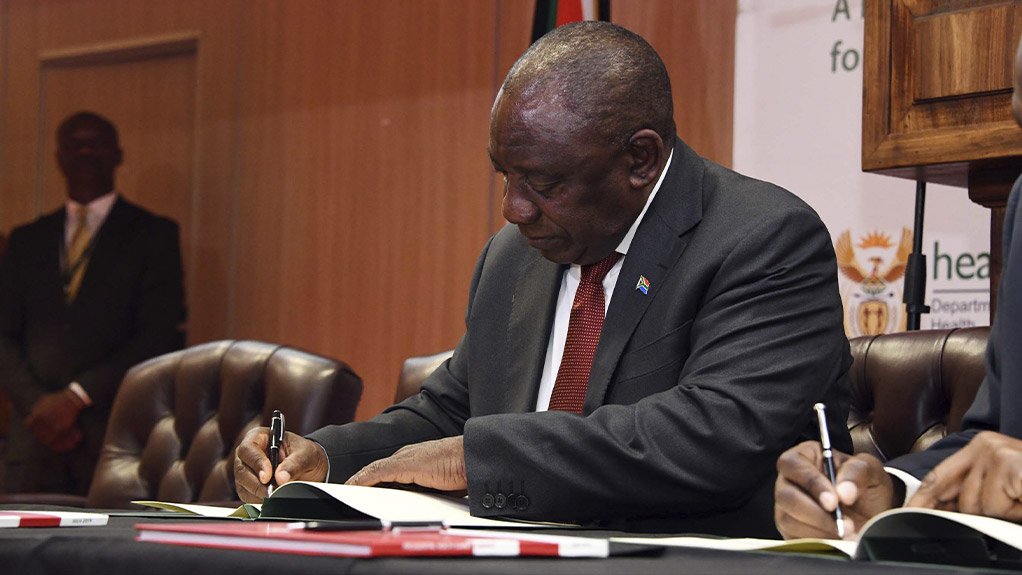 In his latest newsletter, President Cyril Ramaphosa recycles the same empty words he has used countless times before to declare his supposed commitment to building a professional public service. Unfortunately, his latest 900 word article is nearly identical to a newsletter he published more than a year ago.

On 21 January 2020, Ramaphosa declared himself “committed to end the practice of poorly qualified individuals being parachuted into positions of authority through political patronage”. Over a year later, he again complains that “all too often, people have been hired into and promoted to key positions for which they are neither suitable nor qualified”.

This begs several questions. Why has the President done absolutely nothing about this problem since he complained about it last year? And why does the President only ever moan and whinge, instead of taking concrete action?

But the most important part of Ramaphosa’s second-hand newsletter is the fact that he, once again, ignores the elephant in the room. All of the problems that the President is so fond of whining about results directly from a single ANC policy: cadre deployment.

Instead of constantly complaining like a powerless spectator on the side-lines, Ramaphosa would do well to be honest by admitting to South Africans that he helped cause the problem that he now whinges about. Between 2013 and 2017, none other than Cyril Ramaphosa was the chairman of the ANC’s cadre deployment committee that – in his own words – “hired and promoted [people] to key positions for which they are neither suitable nor qualified”.

The truth is that Cyril Ramaphosa owes South Africa an apology for the role he played, as the head of the ANC’s cadre deployment committee, in appointing everyone from Hlaudi Motsoeneng to Brian Molefe into positions of power. Again, in his own words, it is the people whom Ramaphosa “parachuted into positions of authority through political patronage” that destroyed the South African state.

Fortunately, the Democratic Alliance (DA) has already provided Ramaphosa with a golden opportunity to apologise to the nation when he eventually appears at the Zondo Commission. A month ago, we submitted a detailed set of questions to the Zondo Commission, which Ramaphosa must answer to account for his role in cadre deployment. By submitting a request to the ANC under the Promotion of Access to Information Act (PAIA) to obtain full records of all cadre deployment decisions taken while Ramaphosa was chairman of the cadre deployment committee, the DA has created a further opportunity for Ramaphosa to be honest with the people.

Instead of obfuscating, we hope that he will use these opportunities to unreservedly apologise for his role in enabling state capture through cadre deployment.

After offering our country a long overdue apology, Ramaphosa must make amends for his sins by helping the DA outlaw the evil practice of cadre deployment. The DA has already extended to the President an opportunity to repent by turning his hollow words into concrete action. That is why we have sent him a copy of the End Cadre Deployment Bill that took us over a year to develop. Because the DA cares more about our country than about narrow politics, we have requested Ramaphosa to submit the End Cadre Deployment Bill in his own party’s name if that will secure ANC support for this critical reform. Sadly, the President has not yet felt the need to respond. (Please find attached a copy of the email sent to Ramaphosa).

The DA has also already submitted our objection to the failure of the Draft Framework on the Professionalisation of the Public Service, which Ramaphosa praises in his recycled newsletter, to even mention cadre deployment. Out of apparent desperation to protect Ramaphosa from accountability for his role as head of cadre deployment, the document does not make even one reference to cadre deployment. In contrast, in our submission, that DA makes it clear that:

Similar to Shaka’s famous bull horn formation, we need a decisive pincer movement against incompetence and corruption in the public service. The one horn must be designed to prevent incompetents from being appointed in the first place by outlawing and uprooting cadre deployment. And the other horn must ensure that looters and thieves are swiftly punished by a Public Service Commission (PSC) that is more independent and has significantly enhanced powers to take remedial action. (Please find attached a copy of the DA’s full submission on the Draft Framework).

Like millions of South Africans, the DA is getting very tired of a President that spends his days complaining about problems that he helped cause. We have given him the End Cadre Deployment Bill on a silver platter as an opportunity to atone for his sins. But South Africa’s time – like the patience of its people – is fast running out.