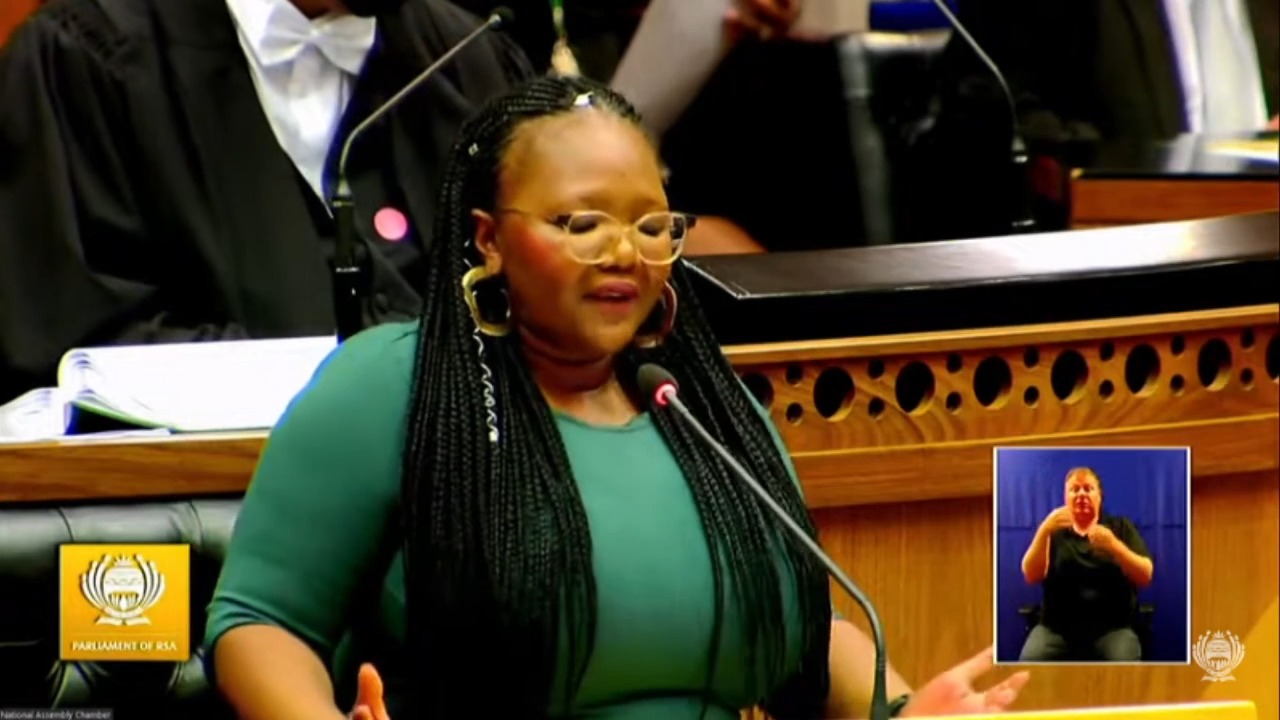 The following speech was delivered in Parliament today, during the DA’s debate of National Importance on the government’s vaccine rollout plan

Covid-19 has been the toughest test of the world’s governance models.

It illuminated the cracks in health systems; the weaknesses in executive functions and stretched the capacity of the legislative arms of the state.

South Africa has not been spared from these tests.

Over the past year, it became clear that the decades of mismanagement of our health system; the under-investment and neglect of infrastructure would cost us dearly in the battle against this pandemic.

We saw government resort to secrecy and err on the side of lockdowns and restrictions.

We saw our healthcare facilities struggle to provide beds and, in some cases, oxygen for those who needed hospitalization.

In many instances, the pressure was so severe that mortuaries could not cope with the demand for burials.

We saw Parliament fumble; tripping over itself when it came to holding the executive to account.

While we eventually found our rhythm with virtual sittings of the House and accountability sessions in portfolio committees, this pandemic found us flat-footed and ill-equipped to rise to the occasion.

The partisan nature of Parliament made holding government to account an impossible task.

In committees that are composed of a majority of ANC members, the executive was often protected and tough questions blocked despite the crisis the country has been in.

Members of this House chose party lines over tough decisions that we so desperately needed.

For many in the Executive accountability; checks and balances – which are key tenants of our constitutional democracy – were viewed as attacks.

Pertinent questions were treated as antagonism.

And when the opposition started to ring the alarm about the vaccine rollout plan late last year, we were told ‘all is under control.’

Except it was not.

It was only months later when countries similar to ours started to roll out their vaccine plans that we started to scramble for scraps on the international table.

Throughout this entire test of democratic South Africa, the true heroes were our healthcare workers.

However, this battle is far from over.

We are only at a different phase of this pandemic.

We are at a crucial time where government is expected to acquire and roll out an effective vaccine against the 501YV2 variant that is dominant in South Africa.

The process until now has been marred with challenges – some beyond our control and some of our own making.

When it became clear that government was not forthcoming with a concrete and codified plan of how it would fulfil its own goal of vaccinating over 40 million South Africans by year-end – we approached the Western Cape High Court to force the Presidency to do so.

You see, we cannot perform our constitutional obligations of holding government to account if we have no benchmark against which to gauge its performance.

When the legislature failed to demand this from government, we had no choice but to require a court of law to do so.

The Constitutional Court has played this role before when it compelled the Department of Health to rollout ARVs back in 2002 from a case brought to it by the TAC.

It was only after the DA’s court action that government finally provided some semblance of a detailed response.

an environment that is highly competitive and forever changing is lazy. At best.

Parliament cannot be treated as an inconvenient stop for the executive; an annoying stakeholder that must be pacified.

It has to be a centre of excellence;

Where we as members take it upon ourselves to ask those difficult questions.

Despite changing factors; there must be a plan that details:

Are we so used to mediocrity that asking very basic questions like this requires resorting to legal channels?

Can we not demand more from our government?

Countries world over are vaccinating people in their millions, we have yet to breach the 50 000 mark.

Pointing this out is not being negative or oppositional, it is demanding more. And that is our job.

In reality, here are the facts:

The longer we take to vaccinate people, the higher the chances of another virus mutation which undermines the efficacy of vaccines and worsens our chances against a possible 3rd wave.

That is why it is crucial for us all in this House to respond to the call of this crisis:

We ought to place our party affiliations aside and unite in driving government to rollout a vaccine to as many people as possible regardless of where they are;

We need to unite in the call for an ad hoc committee to hold the inter- ministerial committee account to ensure deadlines are met and the process is corruption free;

And we need to unite in our understanding of our role and execute it ruthlessly;

The rules of the National Assembly empower us all to establish an ad hoc committee that will deal with a specific issue – like the vaccine rollout plan.

It will send the most assuring message to all South Africans if we can all vote for the establishment of this committee, regardless of who sponsors the motion.

We would be able to summon the executive; issue deadlines; perform oversight; hold them to timelines and ultimately make sure that this task is carried out as efficiently as possible.

The next phases of the vaccine rollout plan are difficult and crucial.

Phases two and three will mean a wider rollout of this vaccine to the most vulnerable across all corners of the country.

Of course, this will be met with massive challenges, but we too can be of great assistance in raising awareness about the importance of vaccines, conducting oversight in our constituencies and ensuring that clinics and distribution centres are ready.

We cannot relegate ourselves to being cheerleaders and celebrating mediocrity instead of demanding better for the people we serve.

Let us all show up for the people of this country and get their government to work to save lives and livelihoods.

There has never been a more watershed moment for this House than now.

We owe the people at home that much.