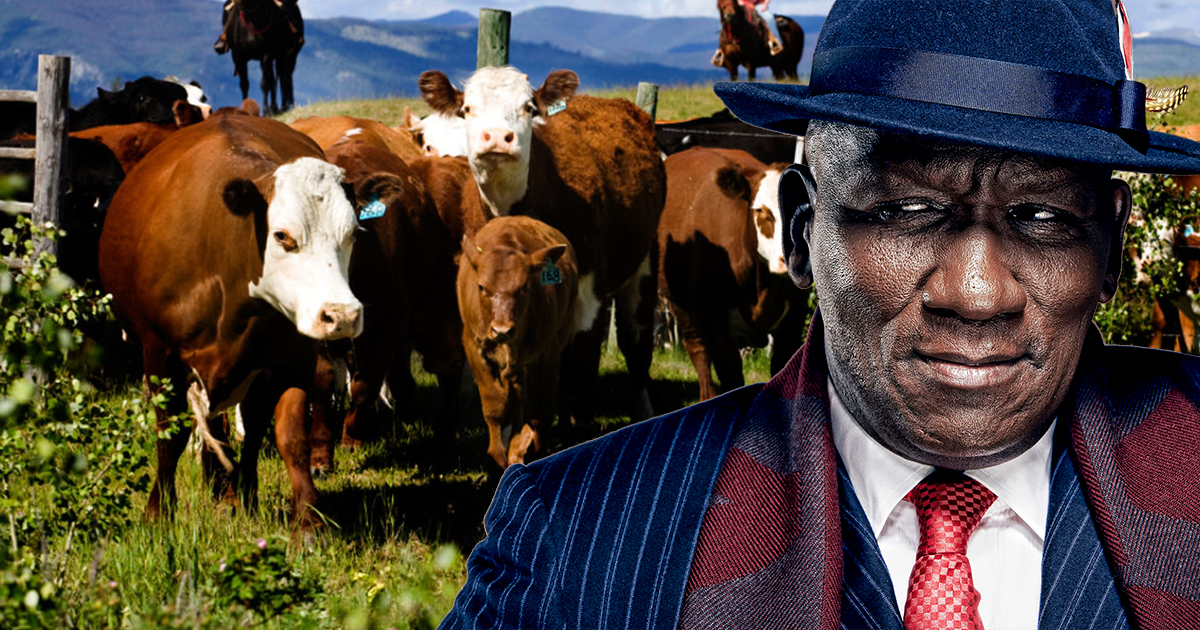 The Democratic Alliance (DA) has put through a raft of tough questions to the Minister of Police, Bheki Cele, regarding rapidly increasing instances of stock theft.

Unchecked stock theft is fast becoming one of the gravest challenges to South African farmers, as they wake each day expecting to find hundreds of their cattle or sheep or goats have been stolen. This on top of murderous farm attacks, the drought, and the constant threat of expropriation of their farms with zero compensation has our farmers at breaking point.

Between July and September last year, there were 7 339 cases of stock theft countrywide, which saw over 26 300 sheep and 14 000 cattle stolen.

In one area of Gauteng alone, it is costing farmers R1 million a month. Reports are flooding into the DA from every province in the country as stock theft soars. Sadly, such is their lack of confidence in the South African Police Service (SAPS) today, that frequently farmers don’t bother to report the thefts.

In the Eastern Cape (EC) during December, it has been reported that 36 farms suffered thefts of hundreds of animals, and it is known that syndicates are operating from Queenstown to East London. Again, few farmers bother to inform the police of their losses. Why? Because arrests are rare, recoveries of the animals negligible and convictions are barely a blip on the syndicates’ radar. Add into that mix the constant references to links between the syndicates and SAPS members, and that distrust of the SAPS is understandable.

80 EC farmers reported mass stock thefts over the four months from October last year to the end of January this year.

As the commercial farmers spend more and more on security cameras and patrols through the night, so the syndicates turn to stealing from emerging farmers whose livelihoods and lives are at equal threat as those of commercial farmers.

There are similar reports from the Free State – although it seems the SAPS there have clamped down on giving out any detection or conviction rates.

KwaZulu-Natal has 15 of the top 30 stations in terms of dealing with major stock theft – with 8 in the Eastern Cape, 2 in the Free State and 1 in the North West. These 30 stations represent over 20% of all stock theft in the country. 12 towns in Free State reported the highest stats in last 5 years, with the border towns reflecting the highest number of thefts.

Gauteng farmers are experiencing an explosion in stock theft, with the Hekpoort/Magalies area losing around R1 million each and every month.

This year the trend has skyrocketed, and the horrific numbers in Gauteng prove this. In Tshwane last year there were 51 cases of stock theft reported. In just the first 45 days of this year, there have been 45.

Compared with last year, for example, when the Minister of Police finally admitted that stock theft was a nightmare and swore that he would improve the situation, things have gone from bad to worse.

To put it into perspective, according to the National Stock Theft Prevention Forum, livestock to the value of R1.24 billion has been stolen in South Africa during the 2018/2019 year.

In Mpumalanga, there were 865 cases opened involving stock theft in the last quarter, while in North West Province a farmer hired a helicopter to track down his stolen bull to a farm owned by a man who works at the Department of Education as Director-General. On that same farm other cattle were found which belonged to three different owners, and hundreds of other cattle and calves were seized.

This only happened because the farmer took it upon himself to search for his R120 000 bull.

By highlighting this issue to the Minister, the DA hopes that SAPS may be moved to step away from their interminable in-fighting, and deal with the crime that is hitting our farmers so hard here in South Africa.