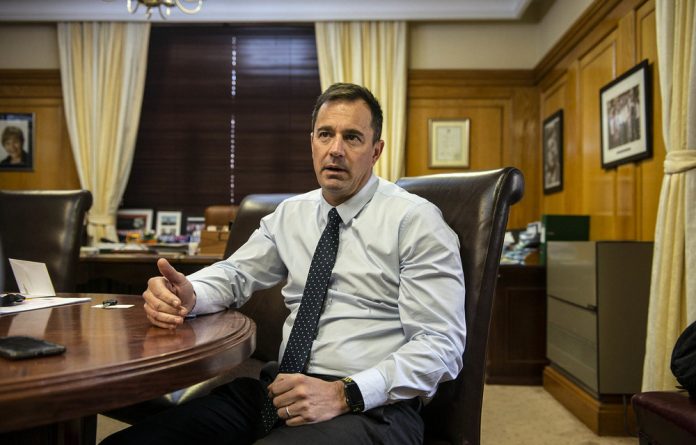 After two and a half years of testimony, the recent and ongoing revelations at the Zondo Commission have revealed that the ANC’s policy of cadre deployment is the fundamental cause of state capture and corruption in our country.

This system of job reservation sets aside powerful positions in the civil service – which are supposed to be staffed by skilled and non-political professionals – for ANC members who have proven themselves “loyal” to the party, rather than to the country. Cadre deployment robs the public service of desperately needed skills, because it locks out highly skilled professionals who are not members of the ANC from key positions. It also forms the bedrock of corruption and capture, because cadres appointed under this system of job reservation are expected to return the favour by using the sham of BEE to funnel tenders back into the pockets of the ANC.

As the Zondo Commission has revealed, this is the vicious cycle that sits at the root of the rot in our state.

Unlike under the ANC, where the DA governs, we have always been proudly committed to appointing officials on the basis of merit rather than politics. There is no cadre deployment policy or committee in the DA. There are no meetings in smoke-filled backrooms to undermine the Constitution and usurp powers of appointment. Instead, from the DA-run Western Cape provinces to the dozens of DA-run municipalities across the country, public servants are appointed on the basis of demonstrated merit following open and transparent selection processes. That is why the DA has become synonymous with capable and good governance.

But we are determined to do more to find ways of bringing good governance to places where the DA does not yet govern. Since President Cyril Ramaphosa has for the last three years failed to implement the reforms to replace ANC cadre deployment with DA professional appointments throughout the rest of government, the DA has now reached across the aisle to lend him a hand.

During the debate on the President’s State of the Nation Address, the DA’s Dr Leon Schreiber introduced our End Cadre Deployment Bill. This comprehensive piece of legislation, which took over a year to develop, holds the key to replacing our captured state with a capable state. It is not just another cosmetic intervention or talk shop. Instead, it tackles the root cause of state failure.

The Bill fundamentally reforms the way in which public servants are appointed to the state. While still allowing every citizens the full Constitutional right to be a member of a political party, the Bill makes it illegal for any public servant to hold political office or any other position of authority in a political party. The only exception to this provision would be members of the political executive, including Ministers, MECs and councillors, as well as the small group of political advisers they are allowed to appoint. But from the level of Director-General or Head of Department all throughout the ranks of the civil service, the End Cadre Deployment Bill would prohibit public servants from holding political office.

To further entrench the need for merit-based appointments, the Bill also requires the Public Service Commission to enforce the requirement for every state department to appoint officials strictly on the basis of merit. Any person who is found by the Commission to have violated this requirement by failing to appoint the most meritorious person for a particular position, will go to jail.

By outlawing the practice of public servants simultaneously holding positions of authority in political parties, and by making the requirement for merit-based appointments legally enforceable, the End Cadre Deployment Bill will allow the state to rebuild wall of separation that should exist between party and state, brick by brick.

But like Shaka’s famous bullhorn formation, the Bill goes further by also executing a decisive pincer movement against the enemies of good governance that are already entrenched in the state.

In addition to preventing corrupt appointments, the Bill also reforms the Public Service Commission to give it vastly greater powers to act against malfeasance committed by officials in the public service. To ensure that the Commission itself is freed from political interference and its own recent shameful past of nepotism, the Bill removes the power that the Minister of Public Service and Administration currently wields over the staff of the Commission. It further entrenches the financial independence of our most sacred public sector ethics watchdog by giving it the same legal status as the Public Protector and the Human Rights Commission.

The End Cadre Deployment Bill would then give this reinvigorated Public Service Commission the remedial power it needs to ensure that its recommendations are not simply ignored – as currently happens routinely. It also mandates the Commission to refer any evidence of corruption to the Auditor-General or the Special Investigating Unit for further sanction and criminal action.

This Bill presents the single greatest opportunity we’ve had in 27 years to fundamentally fix and reform our state. It restores the right of equality to all South Africans to enter public service, and allows us to draw on the talents of 60 million citizens, rather than only from a handful of ANC members.

The DA has not yet formally gazetted this Bill, because this is not a publicity stunt. We are deeply serious about the need for this Bill to be enacted to prevent the outright collapse of our state. We therefore understand that, if it is politically preferable for the President that this law not be submitted in the DA’s name, we would gladly replace the name on the front with that of an ANC MP, or turn it into a committee Bill.

Our country cannot afford another day of dithering. The DA unashamedly puts the interests of our country first, and we sincerely hope that the President will reciprocate, so that we can replace cadre deployment with professional appointments once and for all.