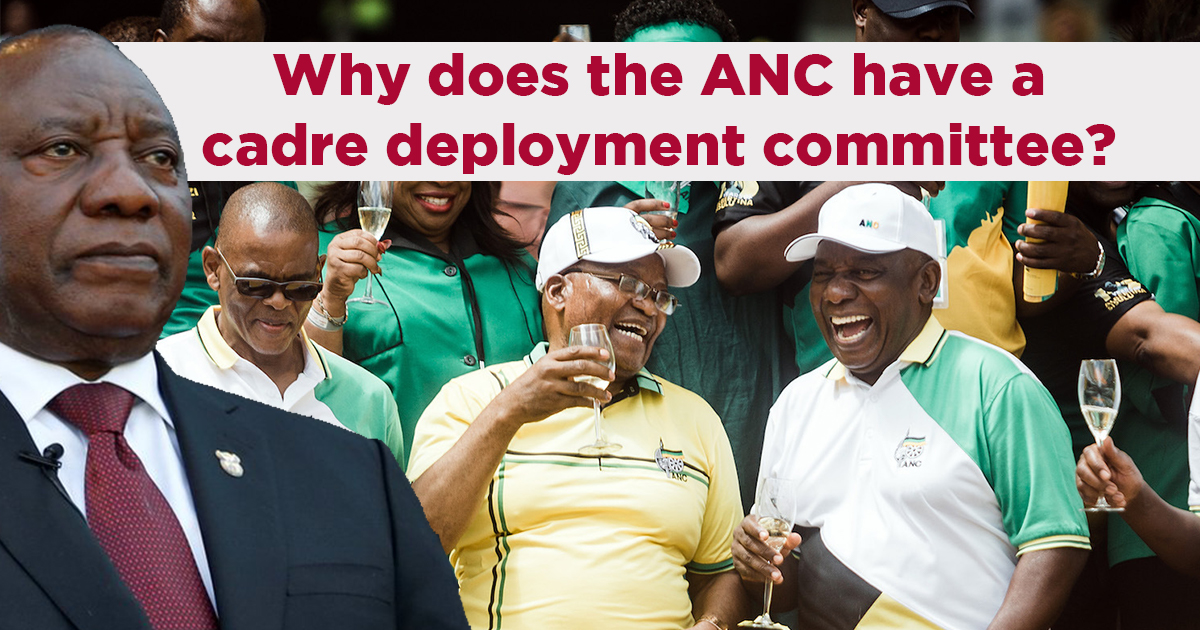 As ANC president, Cyril Ramaphosa needs to explain why his party is still pursuing its explicit project of state capture, through their formal policy of cadre deployment, which directs that state institutions are staffed by ANC loyalists, so as to gain party control of all levers of the state, including those meant to check and balance power. He needs to explain his role in state capture, and why as ANC president he has made no move to end the practice of cadre deployment.

Lawyers acting on behalf of the Democratic Alliance have this weekend submitted to the Zondo Commission of Inquiry into Allegations of State Capture an extensive list of questions to be posed to President Ramaphosa.

Make no mistake, the ANC’s policy of cadre deployment is the root cause of state capture, the terrible effects of which were further revealed last week when South Africans learned that over R9 billion of taxpayer money was siphoned from the State Security Agency (SSA) to fund nefarious ANC activities, including “ANC projects” (most likely a destabilization campaign) in the Western Cape. Unless the Zondo Commission addresses this root cause, South Africa’s problems will persist.

The ANC’s policy of cadre deployment was formally adopted by the party at their Mafikeng Conference in 1997. It was explicitly designed to undermine the constitutional principle of separation of party and state, and thereby to capture the state. Hence state capture is explicit ANC policy, and Ramaphosa, as head of the ANC’s cadre deployment committee from 2013 to 2017, has played a central role bringing it about.

There are only two ways out of this predicament. Either the ANC jettisons its policy of cadre deployment, or citizens jettison the ANC. Forcing Ramaphosa to answer these questions at the Zondo Commission will expedite the solution, one way or another.