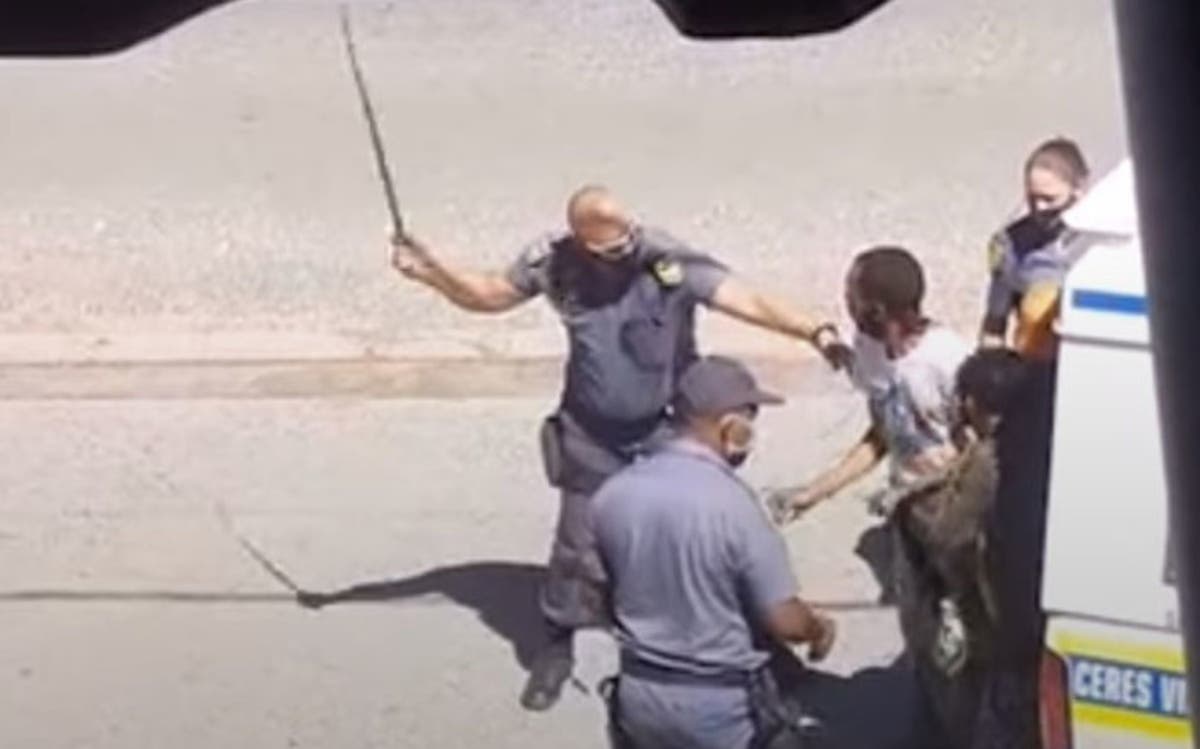 The Democratic Alliance (DA) is disgusted by the behaviour of a member of the South African Police Service (SAPS) captured on video beating a man with a sjambok, allegedly for not wearing a mask.

The horrific video is a further example of the high levels of police abuse which we have seen throughout the lockdown and proof that the violent culture of enforcement within SAPS has not been dealt with by Minister Bheki Cele and the National Police Commissioner, General Khela Sitole.

I have written to General Kehla Sitole requesting his urgent intervention to ensure the arrest of the officer and I have referred this matter to the office of the IPID Executive Director, Jennifer Dikaedi-Ntlaseng for further investigation. Should General Sitole fail to respond to the DA within 48 hours, we will lay criminal charges.

In October 2020 I received a response to a parliamentary question regarding the use of sjamboks by members of the SAPS following reports from members of the public. The response from Minister Cele is crystal clear when it says:

“Sjamboks are not part of the equipment issued by the SAPS. Privately owned sjamboks are not allowed to be used by SAPS members in the execution of their duties”.

The response goes further to state that a national instruction was sent to all SAPS members following the Colins Khoza case wherein the use of force and torture were explained and the prohibition on the use on sjamboks was reiterated.

Minister Cele is presiding over a corrupt and violent SAPS which has shown its true colours time and again. The DA has called on the Minister to ensure the implementation of the recommendations in the White Paper of 2016 which calls for the demilitarisation of the SAPS. We have also called for the panel of experts report established following the Marikana Massacre to be tabled before the committee. The Minister appears unwilling to ensure that SAPS is rehabilitated from its violent ways.

The DA appreciates the work of the many hard working, honest and professional members of the SAPS, however, the culture within SAPS needs to change urgently and we will continue to call for an overhaul of the SAPS culture.