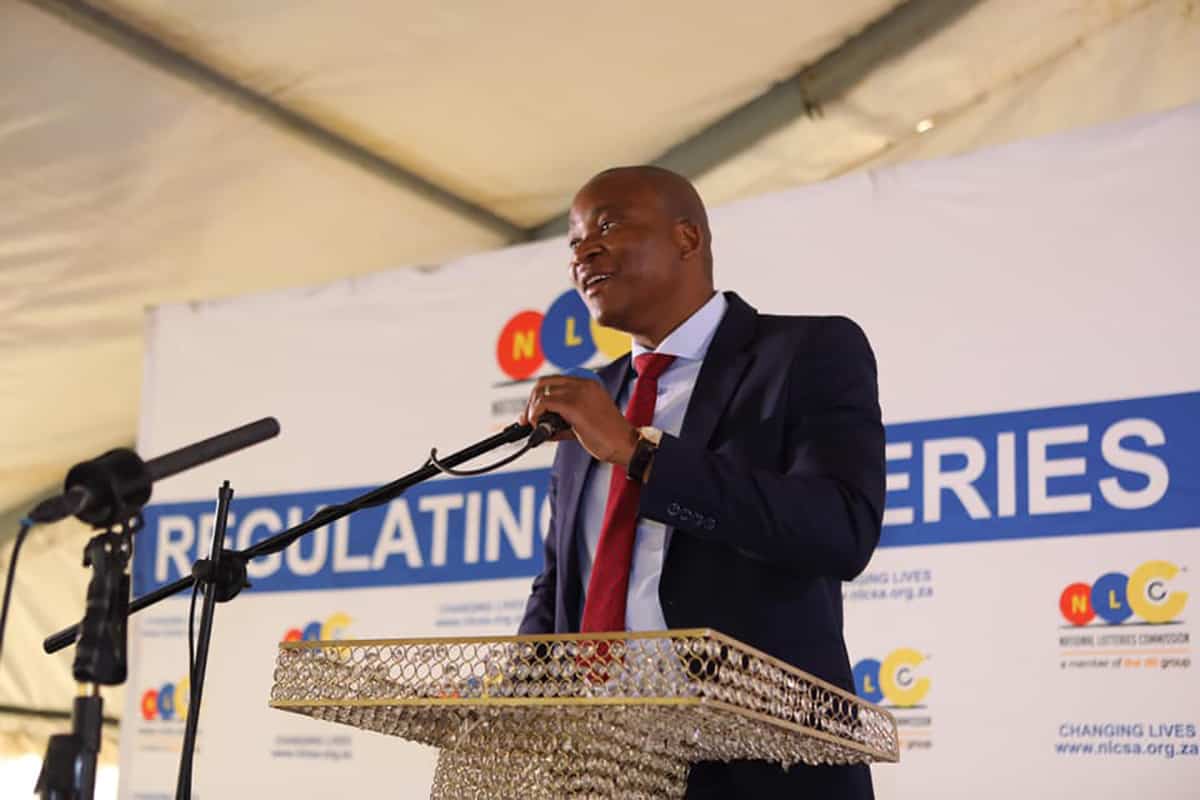 Recent revelations by the Mail and Guardian have now shed light on the fact that Johannes Letwaba, the brother of Phillemon Letwaba, Chief Operating Officer of the National Lotteries Commission (NLC), registered a private construction company, Upbrand, in January 2016, which seems to have been involved in extremely corrupt deals with the NLC and some of its board members over the years.

Ten months after being registered, Upbrand made two dubious payments totaling R2 million to advocate William Elias Huma, a non-executive board member of the NLC, within the span of less than two weeks. Huma seems to have received a further kickback of R15 000 four months later. These kickbacks coincided with money being transferred to Upbrand.

Phillemon Letwaba also received a kickback from Upbrand to the value of R100 000 in July 2017. But before this kickback, payments totaling over R1.9 million were made by Upbrand to Letwaba Energy in November 2016, of which Phillemon Letwaba was also a shareholder at the time.

Upbrand has secured contracts from various NPOs, including I Am for God’s Glory (IAM4GG), which secured several funding grants in excess of R55 million from the NLC. All the kickbacks occurred after IAM4GG secured the grants.

Some of these grant monies seemed to have made its way to Upbrand. GroundUp revealed that IAM4GG received an R11 million grant from the NLC to build an integrated sports facility in Limpopo, R2 million of which was then paid to Upbrand.

Overall, IAM4GG has received numerous grants from the NLC, and then proceeded to contract Upbrand to do work that was never finished, even though Upbrand paid millions in kickbacks to NLC members.

The Chairperson of IAM4GG, Lesley Ramulifho, is also directly linked to the now-infamous NPO, Denzhe Primary Care, which he fraudulently took over according to GroundUp. Denzhe has received a total of R27.5 million from the NLC to build a still-unfinished drug rehabilitation and sports centre. The R15 million building contract was awarded to Upbrand.

The Special Investigating Unit (SIU), which has been investigating the NLC, has flagged several payments to commission members and people connected to Upbrand over the years.

Phillemon Letwaba has been on ‘special leave’ as COO since March of 2020 due to credible allegations of corruption against him, with an exorbitant annual remuneration package totaling R3.35 million that he is still receiving. In essence, Letwaba is being paid to do nothing on top of apparently receiving kickbacks.

The financial rot within the NLC has reached levels that render it the VBS equivalent of the public-private non-profit sector. The NLC serves an extremely important role in the funding of various NPOs with above-board operations, and the opportunity costs of corrupt and wasteful expenditure is felt most heavily by the marginalised communities within South Africa, and it cannot be allowed to continue.

In light of the above, the DA formally requests Minister of Trade and Industry, Ebrahim Patel, to execute the following actions:

Minister Patel has failed dismally at dealing with corruption in his ranks. He has made little to no effort to reassure the public or Parliament that he has a strategy to turnaround this failing institution. He cannot stand idly by while public finances are abused by those who have scant regard for their mandate which is to assist the most vulnerable in our society.