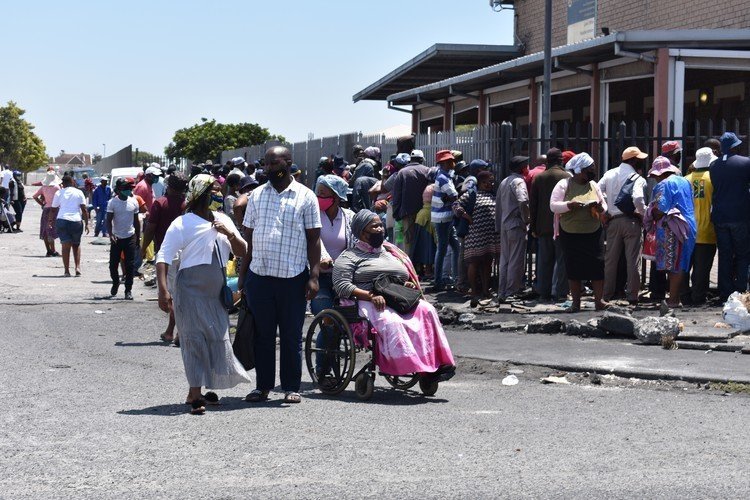 The Democratic Alliance (DA) has written a follow-up letter to Mondli Gungubele, the Chairperson of the Portfolio Committee on Social Development requesting that the Minister of Social Development (DSD) Lindiwe Zulu, be brought before Parliament in order to account for her Department’s mishandling of the temporary disability grant crisis.

While South Africa is struggling to cope with a second wave resurgence of Covid-19 infections, hundreds of desperate and vulnerable social grant beneficiaries queued for hours at South African Social Security Agency (SASSA) offices across the Western Cape and KwaZulu-Natal to re-apply for their lapsed disability grants.

The scenes outside these offices not only proves SASSA and the DSD’s failure in dealing with the temporary disability grants but also demonstrates the callousness of these institutions under the poor leadership of Minister Zulu.

At the end of December last year, SASSA suspended more than 200 000 temporary disability grants and care dependency grants across the country. The Agency along with the DSD also had enough time to come up with plans to capacitate their offices and introduce Covid protocols to assist those who have to reapply with dignity. Instead, persons with disabilities and the elderly have now been condemned to sleeping on the streets and waiting in lines for hours in the scorching heat.

The massive queues at SASSA offices are potential Covid-19 super spreaders and Minister Zulu must take full responsibility for how all of this has unfolded.  It is as a consequence of the DSD’s inability to plan that thousands of South Africa’s most vulnerable citizens are at risk.

Had the Minister, her department, and SASSA placed their arrogance to the side and listened to the DA and civil society – this chaos could have been prevented.

The DA appealed to the Department and SASSA on numerous occasions to prioritise getting more doctors into the system so that the backlogs in assessments of disability grant cases can be addressed speedily. We also asked for an extension of the expiring grants until March 2021, in order to avoid a crisis; to avoid unnecessarily long queues such as those seen on Tuesday; and to allow the affected beneficiaries to complete their reassessments timeously – regrettably, our requests did not yield the desired outcome.

Nevertheless, the DA reiterates our call for the DSD to urgently increase its efforts to recruit more medical doctors to assess social grant applicants for disability grants and for SASSA to capacitate its offices to assist the poor and vulnerable speedily.

Furthermore, I challenge Minister Zulu to come of hiding and appear before Parliament to account for her failures and present a detailed plan on the measures that her department has put in place to address this crisis affecting temporary disability grants recipients.

Minister Zulu must act immediately to address this backlog and if she cannot she must step down!