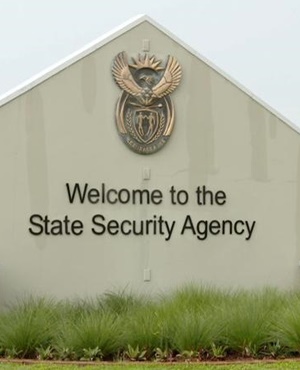 The Democratic Alliance (DA) calls for the total disbandment of the entire State Security Agency (SSA) and for the establishment of an independent, efficient and transparent state security agency.

Just when we thought nothing could shock us further, the revelations at the Zondo Commission of Inquiry have done just that. We knew it was bad, and indeed the openly available High-Level Review Panel Report revealed in broad strokes how the SSA had been refocused with only one aim: Protect Jacob Zuma.

We also knew from this report that millions had gone missing. However, to have these facts expanded upon in such technicolour detail – to hear how this country has lost hundreds upon hundreds of millions to Zuma and his cohorts, has been the final straw.

There is no possibility of saving the SSA in its current format. Those nameless, faceless officials who were put in place, are still there, and may well still be looting at levels never before seen in South Africa.

The High-Level Report was released in March 2019 and after the fanfare, and a flurry of media interest, nothing. No arrests followed. Here we are two years later, and still no arrests and not a cent recovered.

How many more years must the South African public wait for accountability? The looted money could have paid for vaccines for every single one of us. Instead it was swindled, and as far as anyone knows, millions are still streaming out to people who have no right to it, and who certainly have no interest in protecting us from either domestic or international threats.

The High-Level Report gave a detailed account of how to rearrange the deck chairs. However, not a cent has been recovered, not a single arrest made, and not a single soul jailed. Indeed, it has been business as usual, year after year, with the odd bout of musical chairs played by various new Ministers.

Urgent investigations need to be launched into the various allegations of Dr Sydney Mufamadi, including:

Those that initiated, drove and participated in these various abominable projects should be investigated and pursued to the full extent of the law. They must no longer remain nameless and faceless, but their iniquities should face the full light of day.

The DA has put through rafts of questions asking about the implementation of the High-Level Review Panel Report recommendations – with zero response. What vague assurances are given, are done so in the lockdown of the JSCI committee meetings.

We are not satisfied that this report has been taken seriously by the latest powers that be, and that the undermining – or the looting – has been stopped in its tracks.

The only possible way to ensure this is carbuncle is finally lanced, is to shut down the entire SSA, and start again, from scratch.

South Africa’s Crime Intelligence is in chaos – and this must be music to the ears of enemies of our State. The SSA must be disbanded and replaced by an independent entity.