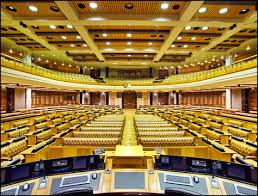 The Democratic Alliance (DA) has today written to the Speaker of the National Assembly, Thandi Modise MP, to request that she reconvenes Parliament urgently to conduct a debate of urgent national importance on South Africa’s Covid-19 vaccination-plan before or on 31 December 2020. After the “Annus Horibilis” that we have just gone through, we need to start 2021 with a clear, no misinterpreted plan. Misinforming parliament is a crime.

South Africans were initially told that vaccines covering up to 10% of the population will be administered in the first quarter of 2021. In his address to the nation last night, President Ramaphosa moved the goalposts to the second quarter of 2021.

Coupled with reports that South Africa missed its second payment deadline for the World Health Organisation’s vaccination programme; indications of large-scale PPE-corruption; and our government’s generally poor track record when it comes to delivery, it is not unreasonable to be concerned that South Africans will be left behind while the rest of the world opens up their now Covid-free economies and resume normal life in 2021.

We believe that an urgent debate of national importance will allow members of Parliament to critically engage cabinet ministers such as Tito Mboweni, Zweli Mkhize, and Nkosazana Dlamini-Zuma on their respective Departments’ plans and the alternatives they considered (such as the DA’s proposal to halt the bail-out of SAA and redirect the money to acquiring vaccines). The debate can easily be held in a virtual plenary before the clock ticks into the new year.

As we approach the new year South Africans deserve to know the truth about the government’s vaccination plans and what awaits our nation in 2021. We can not afford to get locked into a cycle of lock-downs that damage our economy and destroys lives and livelihoods.

The DA will do everything in its power to ensure that those responsible for ensuring a Covid-free 2021 are held to account.