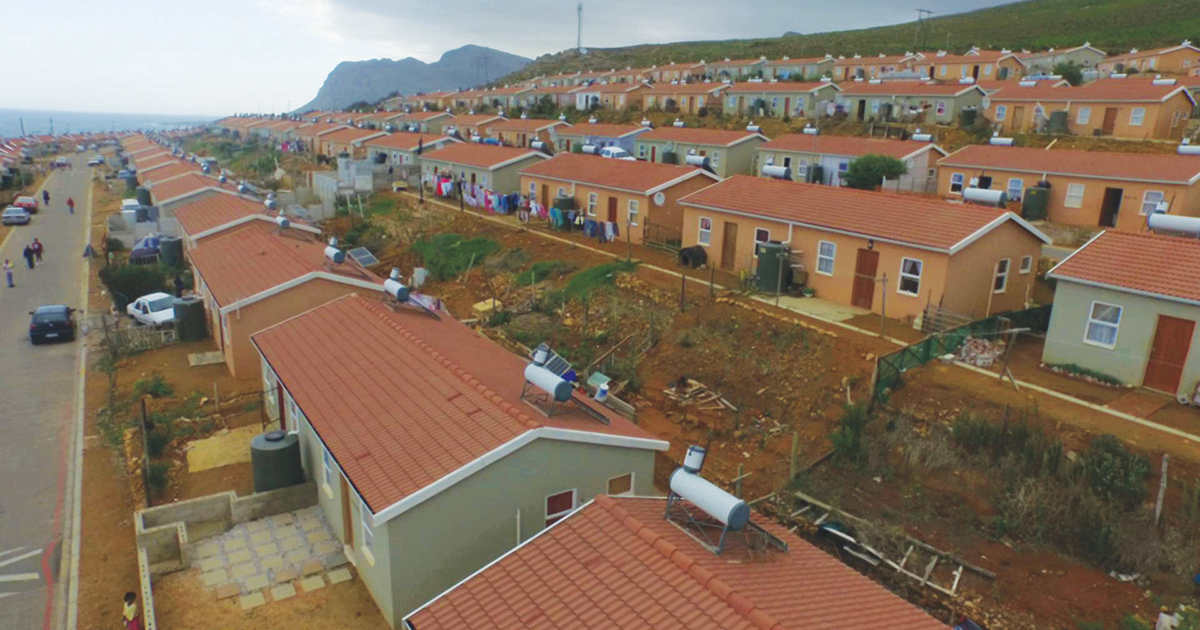 Provinces and municipalities will carry the burden of the ANC’s decision to halt housing projects.

A recent letter by the Department of Human Settlements (DHS) sent to Provinces instructing them to put measures in place to immediately downscale the delivery of government houses due to South Africa’s dire economic situation, will have devastating consequences for provincial and local authorities, as well as destitute South Africans.

The country’s dire economic situation has been brought on by the African National Congress’s (ANC) wholesale looting of State coffers and its continued bailing out of bankrupt state-owned entities (SOE).

While the government no longer has money to provide shelter for poor and destitute South Africans, just this month it has prioritized funding for another R10.5 billion bailout to the defunct South African Airways (SAA).

The ANC’s apparent change in its 26-year housing policy coincides with a R2.26 billion budget cut and the abolition of the title deeds restoration grant from next year onwards.

Instead of rightsizing the civil service and privatising SOEs, as every ratings agency has urged, the ANC government is retaining the bloated civil service and  bailing out SOEs while making major cuts to critical frontline services.
With a title deed backlog of 893 222, provincial and local housing departments will have to deal with the fallout of this decision. Provinces and municipalities have already had to deal with a series of major budget cuts impeding their ability to meet the housing demand.

This comes at a time when Cape Town is experiencing a significant increase in land invasions across the City which have, in many cases, interrupted its well planned and coordinated human settlements delivery programmes.

These budget cuts, in addition to the DHS instruction, will curtail the City’s ability to produce planned housing deliverables and could potentially result in even further land invasions.

Aside from the budget cuts, the DHS directive seeks to deliberately downscale the delivery of housing units. This means that Provinces will not be able to enter into new contractual commitments for government houses as from 1 April 2021.

Housing projects planned for next year will only be supported if:

This criteria not only restricts Provinces but also bring up the issue of expectation management. Many communities have been waiting for years for projects in the pipeline which will now need to be revised.

It is clear that the policy shift being peddled by the Minister and implemented by her acting DG prior to its formal adoption comes as a result of the ANC-engineered financial crisis.

The Minister of Human Settlements, Lindiwe Sisulu, has now conveniently placed this pressure on Provinces and municipalities to manage.

In light of the serious implications of these decisions the DA will request that Minister Sisulu appear before Parliament to account to the Nation about the state of DHS.

The DA in government will continue to pursue all financial options and policy options to limit the impact of these budget cuts of critical service delivery projects.