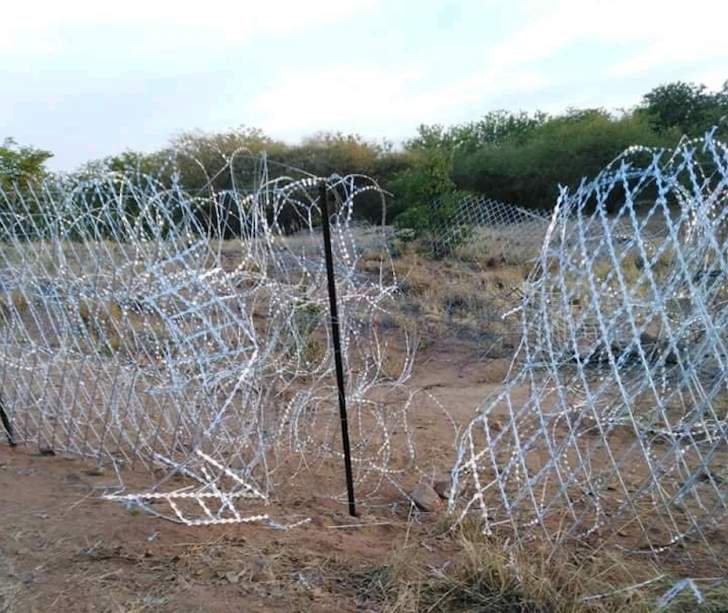 The Democratic Alliance (DA) calls on the Minister of Defence and Military Veterans, Nosiviwe Mapisa-Nqakula, to prioritise border security as a matter of urgency.

The infamous ‘washing line’ that was constructed this year to serve as our border with Zimbabwe, has been damaged to such an extent that I stopped counting at 100 illegal passages as we drove to Beitbridge.

Everywhere illegal border crossings are rife because our border fences are simply not up to the task of keeping illegal immigrants from jumping it. From poorly constructed wire fences that are falling down to gaps in fences that should have been fixed ages ago.

The DA therefor urges the Department of Public Works and Infrastructure (DPWI), the Department of Defence and Military Veterans and the Department of International Relations and Cooperation (DIRCO) to convene an urgent meeting to implement viable long-term and short-term solutions to once again safeguard South Africa’s borders.

DPWI would do well to construct border fences similar to those at the Komatiepoort official transit point.

DIRCO must also urgently meet with its counterparts in Zimbabwe and Mozambique to broker bilateral agreements that will ensure the neighbouring countries also take responsibility for the maintenance of their side of the border fence. The porous nature of the borders should be a serious concern to all nations involved.

By curbing unnecessary spending and prioritising equipment and personnel to the borders, the Defence Minister will certainly address at least some of the issues at the borders. The members of the South African Defence Force (SANDF) urgently require vehicles and equipment adapted for the various terrains around the borders. The vehicles need to be specialized and the off-the-shelf soft-shell vehicles that SANDF are forced to use currently, are not up to the task and put the soldiers’ lives in potential danger.

In order to maintain the borders’ integrity, the soldiers need to be equipped with the correct technology, including armoured personnel carriers (APCs), unmanned aerial vehicles (UAVs), modern sensors and night vision equipment. They also need quality basic equipment, like high quality army boots and equipment that will give them ready access to clean water. SANDF also needs the ability to do regular maintenance without unnecessary red tape encumbering the process.

The number of SANDF units guarding the border needs to be increased to a minimum of 22, as the 15 units currently trying to enforce border security is woefully inadequate to perform such a monumental and essential task.

SANDF is also in desperate need for air support at the borders – something that should not be too difficult to finance as the Minister has shown with her own Uber-trip to Zimbabwe recently there is always money in the budget for the air force if you have the political will.