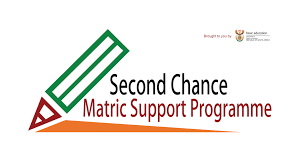 The Democratic Alliance (DA) is concerned that continued budgetary constraints for the Second Chance Matric Programme will hinder efforts to support more learners to obtain their National Senior Certificate (NSC) and will result in many falling through the cracks.

The programme exists to offer those who have failed to meet the requirements of the NSC a second chance to obtain a matric qualification.

The Second Chance Matric Programme can play a vital role in ensuring that learners who failed their NSC have an opportunity to complete their Matric.  However, this programme can be rendered useless if budgetary constraints continue.

Over the past five years, since the programme was launched in 2016, less and less funds have been allocated to it. When looking at the current budget, for instance, the programme’s budget decreased by over R18 million – from R60 million in 2015/2016 to R42 million in 2020/2021.

The fact that this programme is not receiving adequate budgetary funding from the Department of Basic Education will result in many learners falling out of the system without having obtained their Matric certificate – a requisite qualification for entry into the job market.

Education should be an area which receives additional funding rather than having its funding slashed. Quality education will never be possible to achieve when the funding keeps getting cut. Government cannot continue to prioritize  vanity projects such as the bankrupt SAA at the expense of funding crucial education programmes.