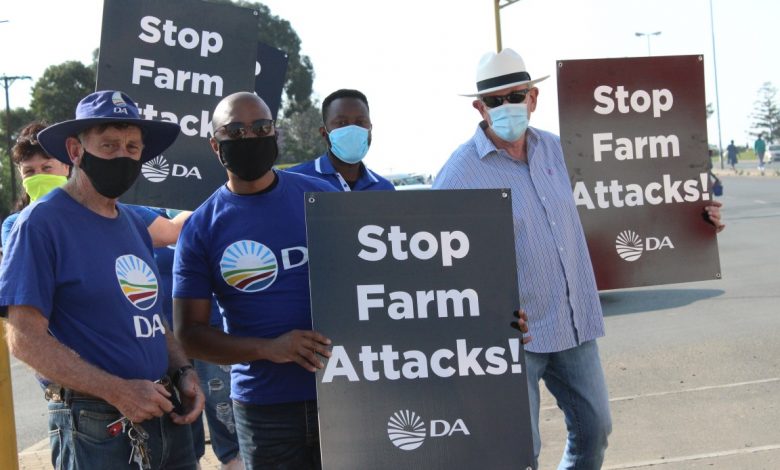 The Democratic Alliance (DA) has written to ten of the top human rights agencies in the world, asking that they bring pressure on the ANC government which continues to ignore the plight of South Africans in rural areas. We have asked that pressure be brought from every possible angle until such time that the extraordinary danger rural citizens are in, is addressed with increased equipment, manpower and intelligence.

In the wake of a weekend with more farm attacks, which saw farm workers tied up and threatened, farmers and their families terrorised and shot at, and a visitor to a farm shot and killed, it must be crystal clear that there is a concerted effort to hound anyone on the land, off the land. The horrific tortures of those who live in our rural areas to grow the very food we eat, must be highlighted to the rest of the world. For too long the ANC narrative that no farmers are being killed in South Africa has unfortunately been accepted globally.

The time has come to put out an appeal internationally as the situation is becoming increasingly violent. The letter is focussed on the human rights of our rural communities who are at such terrible risk. We have written to the following organisations:

Not only will these organisations be asked to pressure the government to act, but we will also request that up-to-date research into the motives behind these attacks be undertaken.  The fact that on more and more of these occasions little or nothing is being stolen after the residents are brutally attacked and murdered, speaks to as yet unexplained motives.

We will also ask these global experts of possible litigation measures which would put pressure on the South African government to force them to focus on these issues, and possible solutions.

These international organisations have been identified because they are globally recognised as principled, professional, and non-partisan organisations. These organisations will hopefully create a snowball effect of global public awareness and in the process put pressure on both the South African government as well as domestic human rights organisations to pay attention to the issue of rural tortures, abuse, rapes and murders.

Farmers and farm workers are a National Strategic Asset and must be supported and protected as such.  As it has become apparent that the ANC government has no intention of taking these attacks seriously, we have taken the hitherto unprecedented step of asking every single one of these international entities for help.