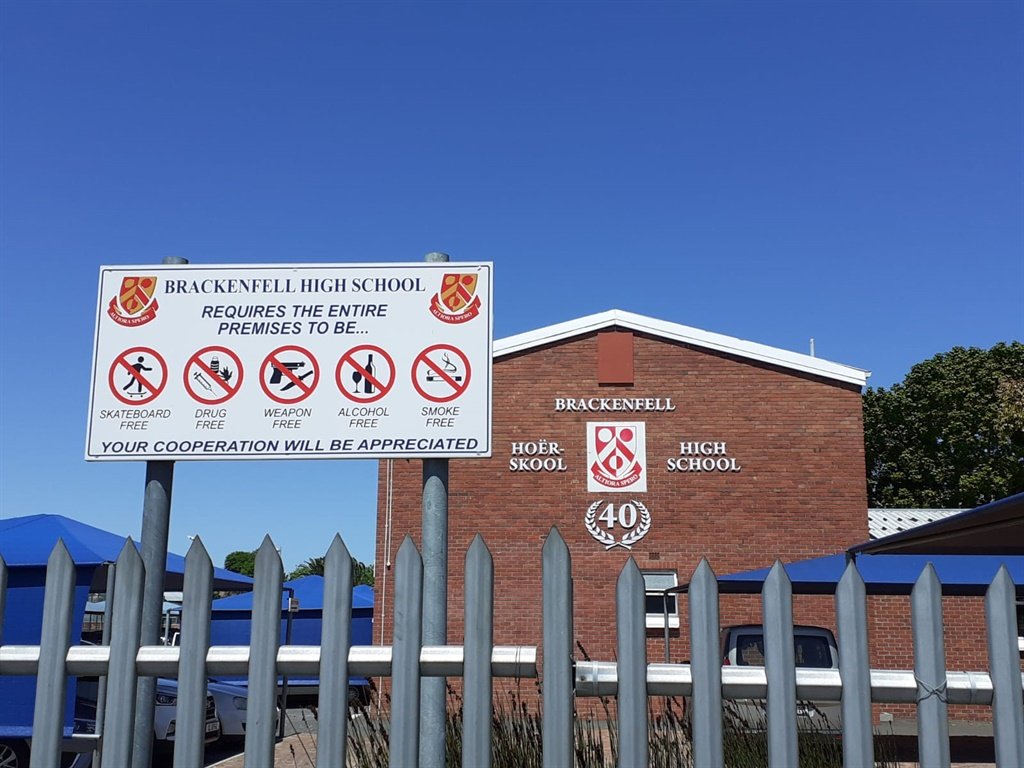 Tomorrow, the EFF will be protesting again outside Brackenfell High School in Cape Town and have threatened a “complete shutdown” of Brackenfell. There are indications that targeting schools for protest action will become an escalating EFF trend. For the sake of our schoolchildren, South Africa needs a strategy to resist and oppose this.

Western Cape Education Minister Debbie Schäfer met with City officials today to hand over an affidavit motivating with clear evidence why this protest should either be interdicted entirely, or have tighter restrictions applied and enforced. This follows various threats of violence made on social media by EFF leadership since the protest was given the go-ahead in the High Court, and worrying displays of violence by the PAC in Brackenfell yesterday.

The SAPS have said that they are adamant that they can cope with any eventuality on the EFF’s protest on Friday, and that there is no reason to intercept it. I do think that police and law enforcement do not understand the nefarious and selfish intentions of the EFF and are downplaying the seriousness of this protest as it presents a direct threat to the rights of children to safety and education. In upholding the right to protest, law enforcement must also ensure that individuals do not trample upon the rights of children to receive a quality education. It is regrettable that the SAPS cannot see the violation of this most basic right in this instance.

The DA has, within the confines of the law, done everything it can to prevent this protest from happening. This is not the last time that the EFF will hatch a scheme which seeks only to divide our country on the basis of wanton anarchy, racism, and hatred, and the SAPS and law enforcement must not be naïve as to what is unfolding in our country.

It can never be acceptable for school children to become the target of political protests, and particularly not when the motivations for the protest bear all the hallmarks of political grandstanding and opportunism. In the case of Brackenfell High it has not been established that the private function in question was racially segregated or exclusionary, but it is clear that the EFF don’t care for any such facts.

Having said that, racism anywhere, including at schools, is unacceptable and it is crucial that legitimate concerns are addressed and that all schools take steps to become more inclusive. Where it can be proven that racial segregation has raised its ugly head, there are constructive and destructive ways to tackle this. The EFF is choosing the latter because it builds their image as firebrand revolutionaries.

Fighting perceived racism is not the only agenda motivating the EFF’s protest action at schools. Quite possibly, it is not even the main agenda. There is also the opportunity for free media publicity since the EFF has little else to offer South Africa other than entertainment and spectacle. And they know the more sensational or violent their protest action, the more media attention they will get. Unfortunately, the media are drawn to EFF violence like moths to a candle.

It has become evident in recent years that the EFF sees ongoing racial conflict – and possibly even a full-blown race war – as beneficial to their own narrow cause. Therefore, it is crucial that people do not rise to the EFF’s bait. One hand cannot clap alone. If the EFF is looking to protest peacefully as they claim, there is no need for anyone to come out and engage them. If they are looking for a fight, people must not give it to them. Either way, the best outcome will be if no one comes out tomorrow.

Should there be a racist issue at a school, there are channels to challenge it that don’t disrupt schooling and undermine children’s constitutional right to basic education. The issue can be taken up with the SGB, reported to the SAHRC or public protector, or challenged in a court of law.

Of course, the EFF have a constitutional right to undertake protest action, but children also have a constitutional right to basic education. In the case of protest action outside Brackenfell High School on Friday, these rights clash. Section 28.2 of the Constitution is very clear that the rights of a child trump all else. It states: A child’s best interests are of paramount importance in every matter concerning the child.

Fighting racism – whether perceived or real – by disrupting schooling is highly counter-productive because it undermines the effort to ensure quality basic education for all, which is arguably the most powerful way of all to address racial inequality.

Race continues to matter so much twenty-six years into democracy precisely because vast socio-economic disparities persist. If we wish to create a non-racial South Africa, we must address these inequalities of opportunity, not deepen them.