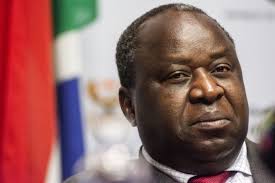 The ANC in Parliament on Wednesday launched a scathing attack on Finance Minister Tito Mboweni’s floundering attempt to cut the public wage bill. During a meeting of the Portfolio Committee on Public Service and Administration, ANC members insisted that Mboweni was wrong to freeze public service wages during the current financial year. The ANC insisted on the formal inclusion of the following sentence in the Budgetary Review and Recommendation Report: “Government is urged to keep the three-year agreement on salaries which was effective from the 2018/19 financial year up to the 2020/2021 financial year.”

When the Democratic Alliance (DA) pointed out that the effect of this would be to force the state to pay additional wage increases totalling R37.8 billion in the current financial year, the ANC aggressively doubled down on their attack on the Finance Minister.

The ANC’s Mina Lesoma insisted that the final year of the three-year 2018 wage agreement – which helped dump South Africa into the biggest fiscal crisis in a generation – must be honoured at all costs. “If you have agreed on something, they must find a way. Government must not be seen to be reneging from their agreement with organized labour. All of us who are from the unions know that you [must]…respect those agreements.”

Former senior COSATU leader and current ANC chairperson of the committee, Tyotyo James, was explicit: “The [ANC in the] committee says government is obligated to honour signed agreements,” regardless of the devastating costs to the country.

Yesterday’s assault on Mboweni from members of his own political party is the clearest sign yet that the government’s ham-fisted attempt to rein in public spending has caused a gaping split right through the heart of the ANC alliance. If these events are anything to go by, then the fightback against proposed wage bill cuts will soon escalate into open political warfare within the ANC.

As far back as October 2019, the DA introduced a comprehensive plan to cut the wage bill while still granting inflation-linked increases for frontline service delivery heroes like nurses and police officers. We were able to do so because we understand that the real reason for the exploding wage bill is that there are over 29 000 millionaire managers in the state, many of whom are incompetent ANC cadres “deployed” to capture the state. The key to fixing the wage bill is to freeze the salaries of these fat-cat managers and administrators and to reduce the number of managers by a third. This will protect frontline staff while bringing spending under control.

The ANC shortsightedly rejected our proposal, and instead implemented blunt across-the-board wage freezes. Yesterday’s assault on Mboweni by ANC members in Parliament makes it clear that the government is already buckling at the knees as it prepares to cave in to political pressure from unions, leftists and looters. As usual, the ANC is set to choose cadres and cronies over the citizens of our country.

The DA will continue to use every avenue at our disposal to fight for spending reductions that bring the wage bill under control, by ensuring that cuts and layoffs are directed only at millionaire managers and administrators, while protecting frontline staff who actually deliver services.