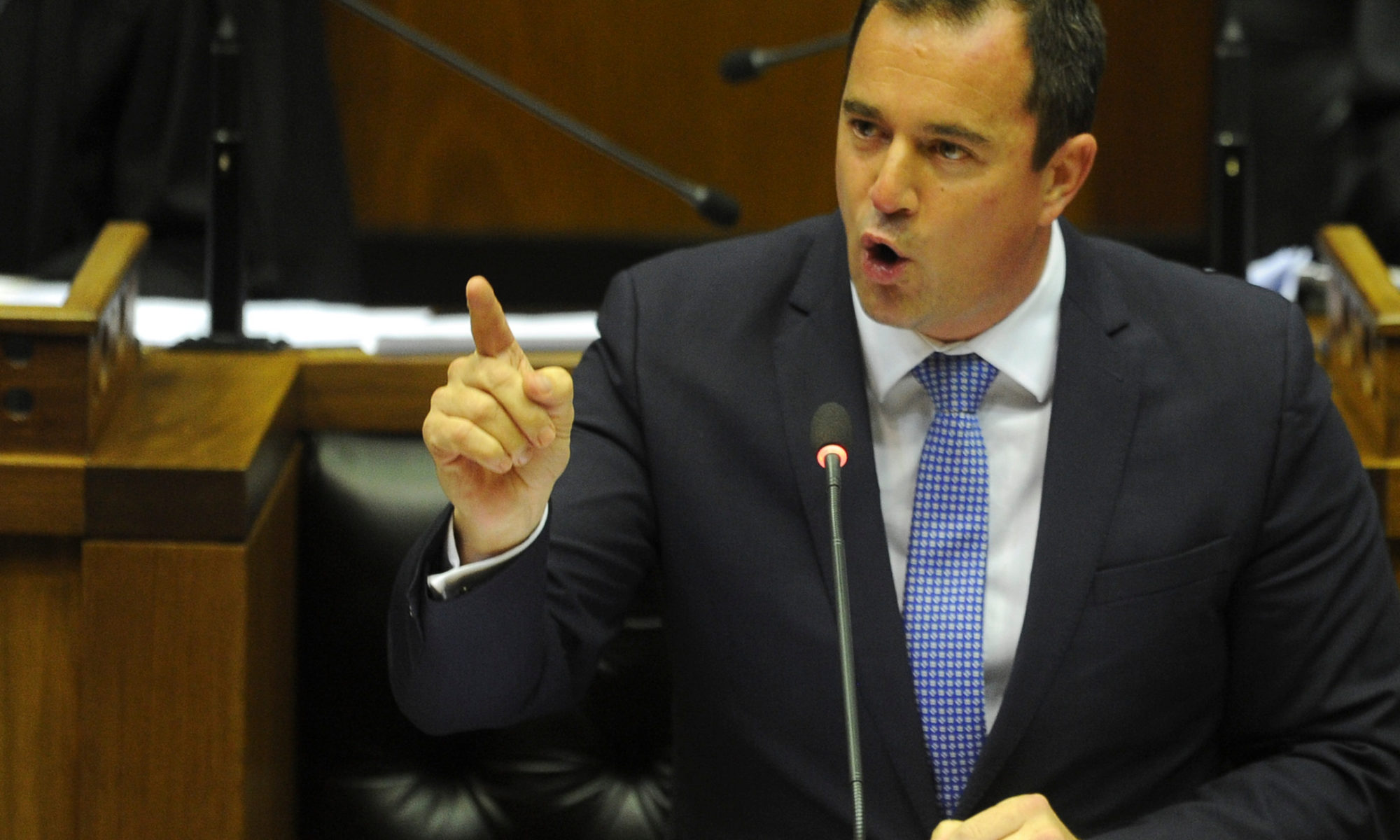 The following remarks were delivered today by the DA Leader, John Steenhuisen MP during the Parliamentary Debate on Economic Reconstruction and Recovery Plan.

But before we get too far into this, it is important that we clear up one crucial misconception that has somehow found its way into the language of this debate.

We’re not trying to recover from the coronavirus pandemic, as has been repeatedly claimed. Covid19 didn’t destroy our economy.

We’re trying to recover from decades of bad governance and poor ANC policy. And it is disingenuous – and extremely opportunistic – to claim otherwise.

Our economy was in recession, more than 10 million South Africans couldn’t find work and we’d already been relegated to junk status long before anyone had heard the word “coronavirus”.

And when the virus did arrive, it wasn’t the pandemic that worsened our situation. It was the heavy-handed response by government – the hardest, longest, most unscientific lockdown in the world.

That is what closed down factories, restaurants, retailers and thousands of other businesses.

So let us approach this debate on the Economic Reconstruction and Recovery Plan with that truth in the back of our minds.

But here’s the other problem: This isn’t a plan.

A plan has details of resource allocation and funding.

A plan has deliverables and timelines.

This has none of those things. It’s a wish list of worthy intentions.

This is a letter to Santa.

That doesn’t mean it’s all bad. There were some good points in here.

The auctioning of spectrum to bring down data costs is one of them. But this should have happened a long, long time ago, and this is not the first time it’s been promised.

Similarly, reforms to Eskom and the opening of the energy market to more independent producers are long overdue.

You’ve listed this in your plan; now make it happen.

Extending the Covid grant is a welcome inclusion. This is a necessary stopgap measure for desperately poor South Africans, although we all know it is entirely unsustainable in a contracting economy.

But there is also a lot that’s missing here, and none more important than reforms to our labour legislation – the most taboo of all topics in the tripartite alliance.

We will not reverse our unemployment trend until we make our labour market far more flexible. Everyone in this house knows this.

Staying with jobs, the promised 800,000 job opportunities in the public sector is not the solution we need either, and particularly not when the same plan speaks of cutting the public sector wage bill. Even for a letter to Santa, that makes no sense.

Meaningful, permanent jobs can only be created by the private sector, and that is where all our focus should lie.

This plan should have also pulled the plug on bailouts to state owned enterprises, and particularly the failed South African Airlines.

And it should have addressed our spiralling national debt with a practical debt stabilisation plan.

Honourable Members, we can go on like this all day, listing the good, the bad and the missing. But until we address the actual implementation of these things, we’re just going through the motions.

And we’ve been through these motions countless times in this very house, listening to a president or finance minister wishing out loud from the latest plan, promise or manifesto.

We all know that none of these things happened. No matter what the new promise was, the critical stats just continued moving in the wrong direction.

The point is, these goals are easy to announce.

But there is always a vast chasm between goals and implementation. And there are a few important reasons for this chasm.

Our woefully incapable state is one of them. And we can fix this by abandoning cadre deployment in favour of a true meritocracy.

Systemic government corruption is another reason. We can fix this by allowing investigations and prosecutions to reach right into the heart of the ruling party.

But the biggest reason for this gap between talk and action will be the hardest to solve. And that reason is that the ANC itself is forever opposed to its own plans.

The enemies of growth and the blockers of reform are not some outside force.

And, other than the members in red, they don’t sit here in the opposition benches either. They sit all around you, Mr President.

Every single time someone in your government has stood up with a proposal for meaningful reform, they have been summarily dragged back down and neutralised by their own comrades.

Just ask your Finance Minister. He can tell you all about that.

You are surrounded by people who are ideologically incompatible with the reforms needed to kick-start growth in our economy.

People who are wedded to an economic system that has never, in the history of the world, succeeded in delivering a better life for anyone other than a ruling elite.

People who think the state should own all property, steer the economy and control every aspect of people’s lives.

People who genuinely believe that businesses and employers are somehow the enemy, even as our broad unemployment rate crashes through 40%.

People who have convinced themselves that it is more noble for someone to go jobless and hungry than to work for a wage that doesn’t meet a minimum threshold dreamt up by those who only speak for the already-employed.

People who think paying out 17 million social grants every month is somehow a government success story, and not a shameful indictment of that government’s ability to deliver dignity through employment.

Those are the enemies of growth, Mr President, and they sit all around you.

They are the reason that every single economic recovery plan ever written by your government was dead in the water before it was released.

But there is a way around this.

There is a way to sidestep the enemies of growth and get these reforms passed.

Bring them to this house, and we will help you pass them.

“Thuma Mina,” you told us back when you stood here at the start of your presidency. Send me.

Let’s do what we all know is in the best interest of the people of South Africa, even if it means going against some of your colleagues.

Between those on your benches who believe in the power of economic reforms, and the members here on my left, we’ll have the majority. We can pass any reform we like in this house.

On your own, you don’t have much of a hand to play, which is why you will be forever locked in this stalemate.

But if you let us help you pass these reforms, you can forget about the Aces and the jokers. You won’t need them. You’ll have a winning hand.

Let that be your legacy: the president who chose to put his country before his party.