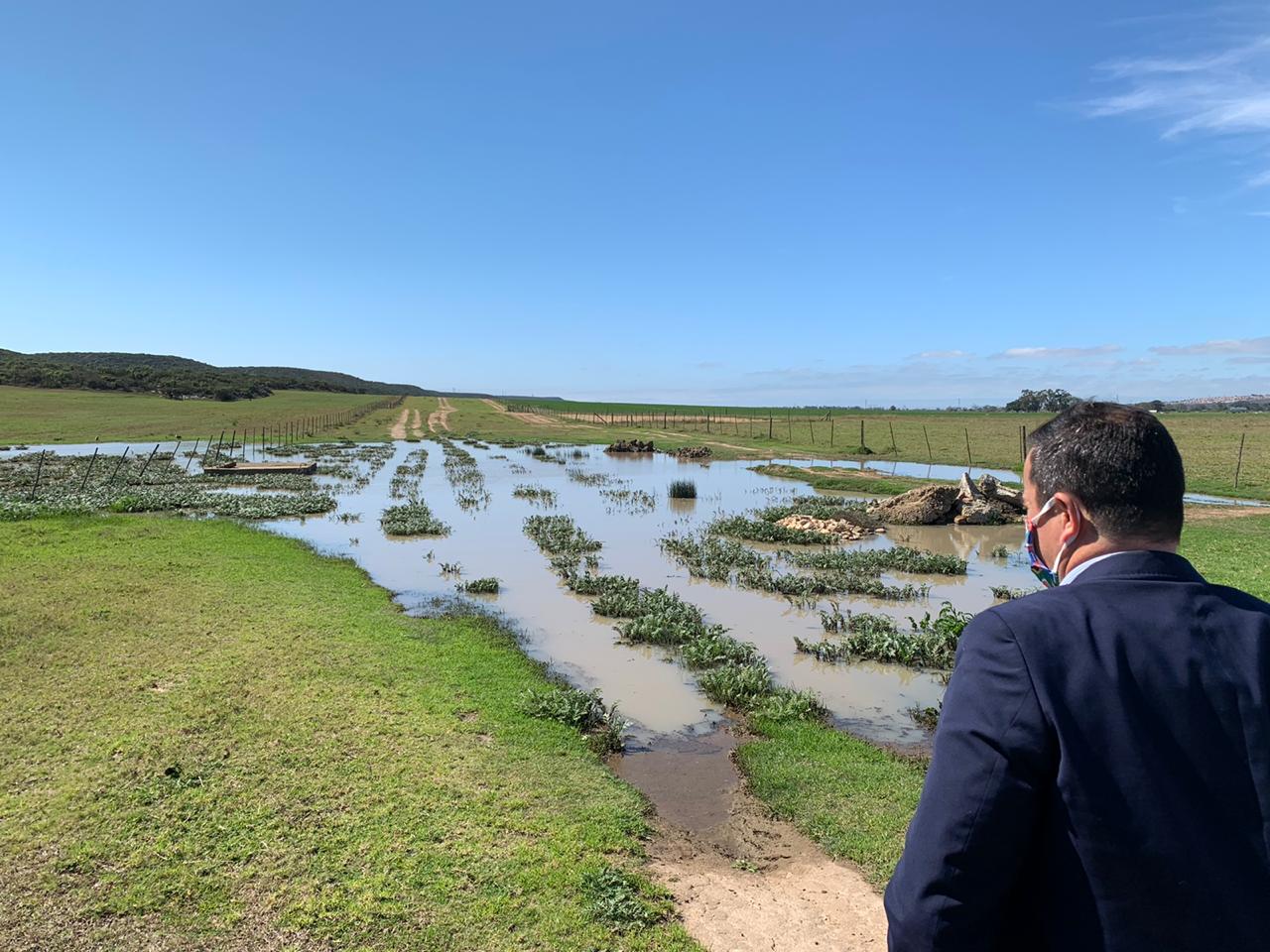 Today I am in Nelson Mandela Bay to highlight the area’s growing water crisis, the result of uncaring, incompetent government. The metro has a water management issue, not a water shortage issue. Taps have run dry in many areas, due to delays and failures to maintain and upgrade water infrastructure, and due to a failure to manage demand adequately.

For example, we have today inspected a leak near Despatch on the main water line between Port Elizabeth and Uitenhage, which has been an issue for the past eight months. This leak has been reported on numerous occasions, yet the municipality seems incapable of fixing it. It is safe to say that several megalitres of clean water have gone to waste here during this time.

Water interruptions are now a daily occurrence in the Northern and Western areas of NMB, where taps began running dry a month ago. The ANC-led coalition of corruption appears to have no idea how to address the water challenge. Instead, they are attempting to shift blame to residents themselves, to avoid accountability for their outright failures.

While NMB’s water consumption is high at 290 megalitres per day, the Metro loses 46% of its treated water to leaks and theft before it reaches residents. This is unacceptably high. DA-run Cape Town’s water loss rate hovers around 15-20%, in line with global norms. NMB’s excessive loss rate equates to over 100 megalitres of water being lost every single day. If even just half the leaks were fixed, the Metro would be well below the 250 megalitre target.

Coming on the back of ANC-generated recession, lockdown, and load-shedding, the current water-shedding is catastrophic for households and businesses alike. Many livelihoods may be lost as a result. Yet, NMB Metro has no water crisis plan to alleviate the dire situation in which residents find themselves. And while the water crisis is growing, the Metro has also spent only R35 million of the R230 million received from national government for drought mitigation.

Ideally, the Metro needs a rapid response team of plumbers to target leaks, and emergency procurement measures to tackle critical aspects such as the supply of water treatment chemicals. Rather than blaming residents, the council should be investing in critical maintenance and infrastructure to address these major water losses.

Furthermore, the Metro should be communicating with residents, keeping them constantly updated on the situation and building water awareness to manage demand. When DA-run coalition was in government here, we managed to reduce water usage from 290 to 248 megalitres per day through an aggressive water awareness campaign and by attending to leaks speedily.

Since March this year the DA has been calling for water engineers to be seconded to the Metro by the Department of Water and Sanitation, but to no avail. Expired contracts in the Metro, such as the contracts for water treatment chemicals and the purchase, installation and maintenance of water meters, have only served to deepen the water crisis.

The ANC-led coalition of corruption is also quick to blame dry taps on the drought, saying this is not a man-made issue, and that the water outages are beyond the Metro’s control. It is insulting to imagine that residents will fall for this hollow excuse when there is water in the dams, water coming from the Nooitgedacht Low Level Water Scheme, and water leaking from hundreds of broken pipes around the metro. This inept government is simply not able to manage the water. NMB has reached Day Incompetence, not Day Zero.

Water protests have broken out in parts of Nelson Mandela Bay, but the best way to protest is to vote the ANC-led coalition of corruption out of government and put the DA back in government. Where the ANC disappoints, the DA delivers.

Meantime, the DA will be drafting a dossier on the current water situation, including all previous correspondence to the minister which has simply gone unanswered, and will be tabling the issue at the next water affairs portfolio committee in Parliament.