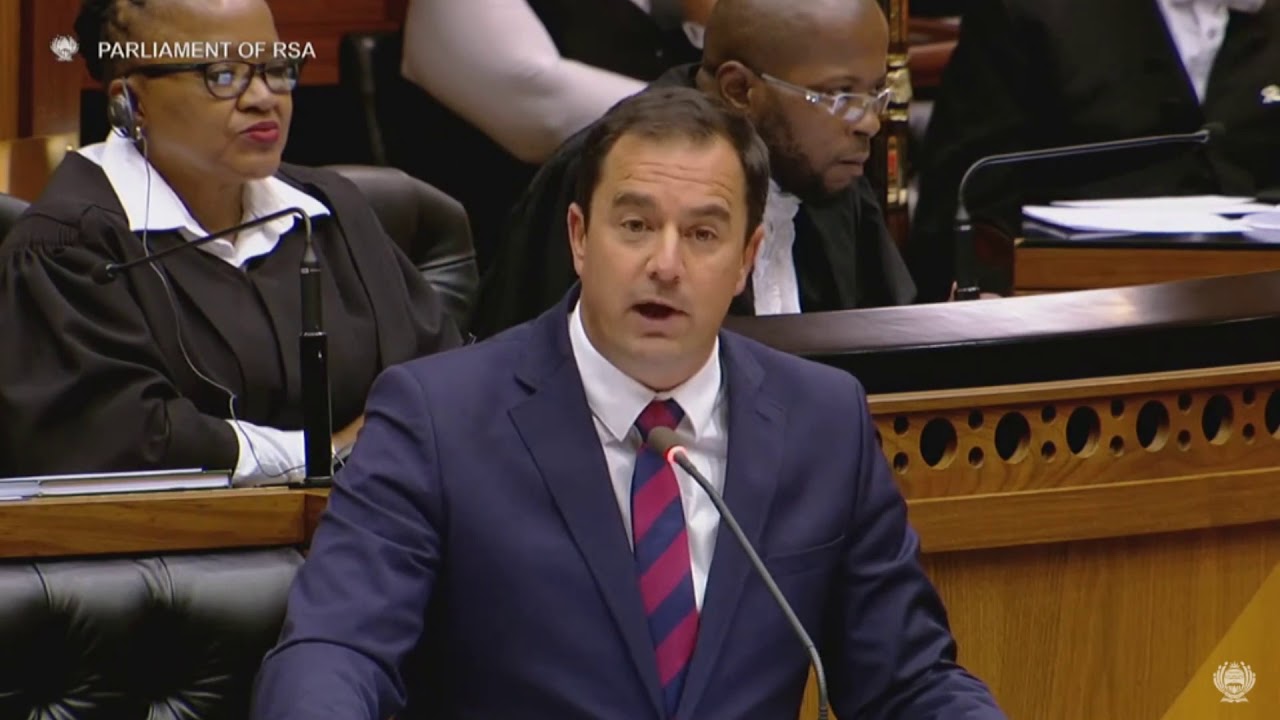 The following remarks were delivered today by DA Leader, John Steenhuisen MP, during the Parliamentary Debate of National Importance on Covid-19 corruption.

In that speech, the President made an explicit commitment to the nation, which bears repeating in this house today. He said, and I quote:

“I want to make it clear that we expect all South Africans to act in the interest of the South African nation and not in their own selfish interests.
We will therefore act very strongly against any attempts at corruption and profiteering from this crisis.
I have directed that special units of the NPA be put together to act immediately and arrest those against who we find evidence of corruption.
We will work with the judiciary to expedite cases against implicated persons and make sure the guilty go to jail.”
Close quote.

Fighting talk. But not a threat his party took very seriously. This stern warning clearly didn’t prove much of a deterrent.

On the contrary, we now know that in this moment of great national crisis, the ANC abused the state of disaster, under which normal oversight mechanisms and procurement regulations were suspended, to embark on a feeding frenzy of Covid-19 funds.

And this, at a time when the poorest of the poor were being forced – sometimes at gunpoint – to sacrifice their right to earn a meagre hand-to-mouth living.

When schoolchildren were being forced to sacrifice their right to education and school meals.

When Collins Khosa was brutally and needlessly murdered by the State.

We now know that billions of rands intended as relief for the poor were diverted from UIF, TERS and SASSA and instead found their way into the bank accounts of connected ANC cronies, and were squandered on purchasing luxury items such as fancy cars.

We now know that two thirds of PPE and other contracts signed between April and August were dodgy.

And that three quarters of provincial PPE contracts were dodgy, with Gauteng, KZN and the Eastern Cape the biggest offenders.

Which is why, while the DA were building field hospitals in the Western Cape, the ANC were digging graves in Gauteng.

And we know this scandal reaches right into the President’s own office, with the husband of spokesperson, Khusela Diko, awarded R125 million of tenders.

These were a pack of heartless hyenas feeding off a helpless, dying springbok. And this should outrage us all!

Mr President, you may have been “shocked” that your party could plumb such depths of depravity.

But we weren’t shocked. Because we’d seen this movie before, with the Arms Deal, Former President Mandela’s funeral, State Capture and other grand-scale theft by connected cronies. Every time there is a big government procurement, the political hyenas are never far from the door.

Which is why the DA, from the outset, pushed hard for Covid accountability mechanisms.

We called for parliament to remain open, arguing that oversight is an essential service.

We called for an ad hoc committee to ensure continuous oversight during lockdown.

We called for a special inspector-general, with sweeping powers in the National Treasury to take pre-emptive action to prevent covid fraud and corruption in real time.

We argued that the exclusion of oversight mechanisms from the Disaster Management Act was itself a grave oversight and should be rectified.

Had these suggestions been taken on board it would have prevented the corruption from taking place and instead we are now spending more money to recover monies that should never have gone missing in the first place!

But our calls were ignored.

Instead, all procurement regulations and oversight mechanisms were suspended. Treasury stepped aside, and Parliament remained mute, while the ANC and their handlangers used the State of Disaster as a pretext to ramp up looting to dizzying new heights.

Mr President, we cannot keep repeating the same mistakes over and over again.

We must work together to put in place the mechanisms that will ensure this can never, ever happen again.

The DA will support you in this house and I’m sure many other opposition parties will too.

We’ll support you to end this state of disaster that is giving ANC cronies free rein to steal.

We’ll support you if you reinstate the Scorpions, a corruption-busting body with real independence and a real sting in the tail.

We’ll support a 15-year prison sentence for all those convicted of Covid corruption. Each and every implicated individual must be investigated.

We’ll support you to amend the Disaster Management Act to ensure continuous oversight.

Because Mr President, we’ll only win the fight against corruption when there are real consequences for wrongdoing.

We’ll only win the fight against corruption when we see the big political fish in orange overalls.

Mr. President, you’ll need the DA’s help, because your party can’t help itself.