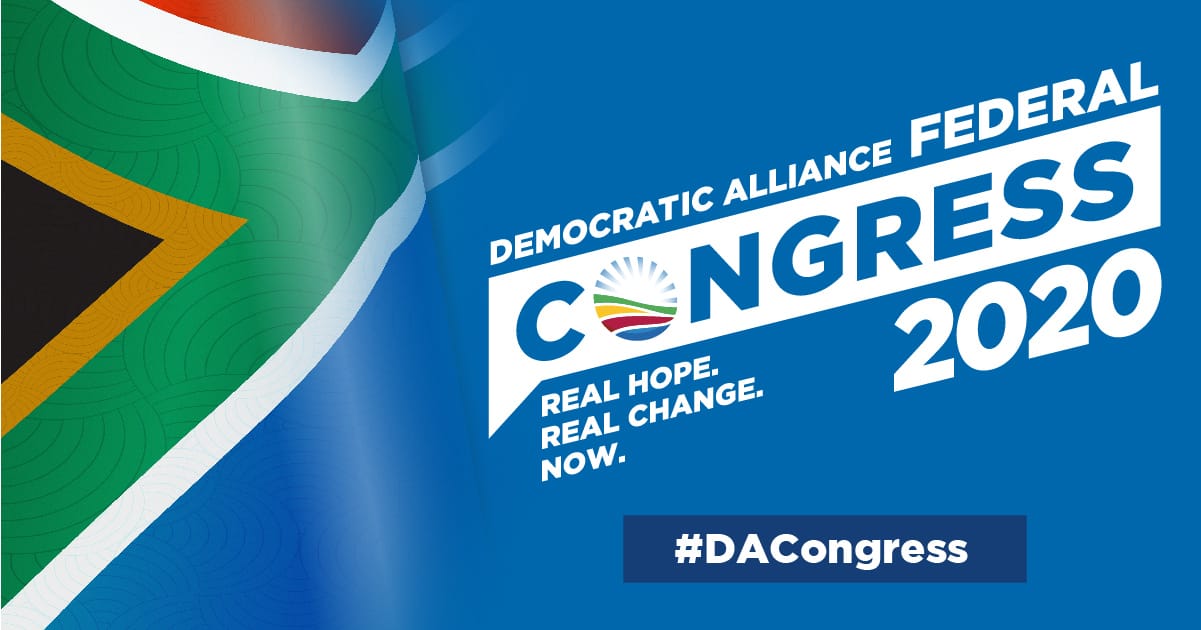 The Democratic Alliance (DA) has today revealed and announced the theme for our elective Federal Congress 2020. The theme is a statement of intent for South Africa and our offer to the people of South Africa.

The theme embodies a DA hard at work on a path to building a new majority for South Africa that will see our country out of the clutches of bad governance and corruption. In everything the DA does, we work toward a better future for our country, offering real hope of real change for South Africa.

The DA remains the party most trusted to deliver on our promises, to govern well and to change the lives of people for whom we govern.

To encapsulate our offer and promise to the people of South Africa, the theme for DA elective Federal Congress 2020 is: Real Hope. Real Change. Now.

Real Hope is a reflection on our extensive track-record of fighting for what matters, for the rule of law, for fairness in South Africa, for open opportunities for all, and our commitment to keep up this fight every day, while delivering the best governance in South Africa where we govern.

Real Change is our commitment to always do everything we can to deliver on our promises, to make urgent progress where we govern and to turn around every town, city and province where voters elect us; and as we build a new majority to govern South Africa it is our promise to rescue our country from the clutches of corruption.

South Africa cannot prosper under the current national government which is committed to reducing personal liberty, ongoing capture of the state, ingrained corruption, broken promises and weak leadership – South Africa needs change urgently, and the DA is working hard to deliver that.

On 31 October and 1 November 2020, the DA will hold its virtual Federal Congress to elect a new leadership and charter a way forward for the 2021 Local Government Elections and beyond, toward ultimately unseating the ANC government in South Africa.

Yesterday, we announced the names of candidates nominated to stand for election to Party Leadership roles, and the successful candidates, chosen by a democratic, internal election, will be announced on Sunday 1 November 2020.

The DA has been hard at work in preparing for this historic Federal Congress and preparations are going to plan.

On Friday the Party will officially open media accreditation for DA Federal Congress 2020.