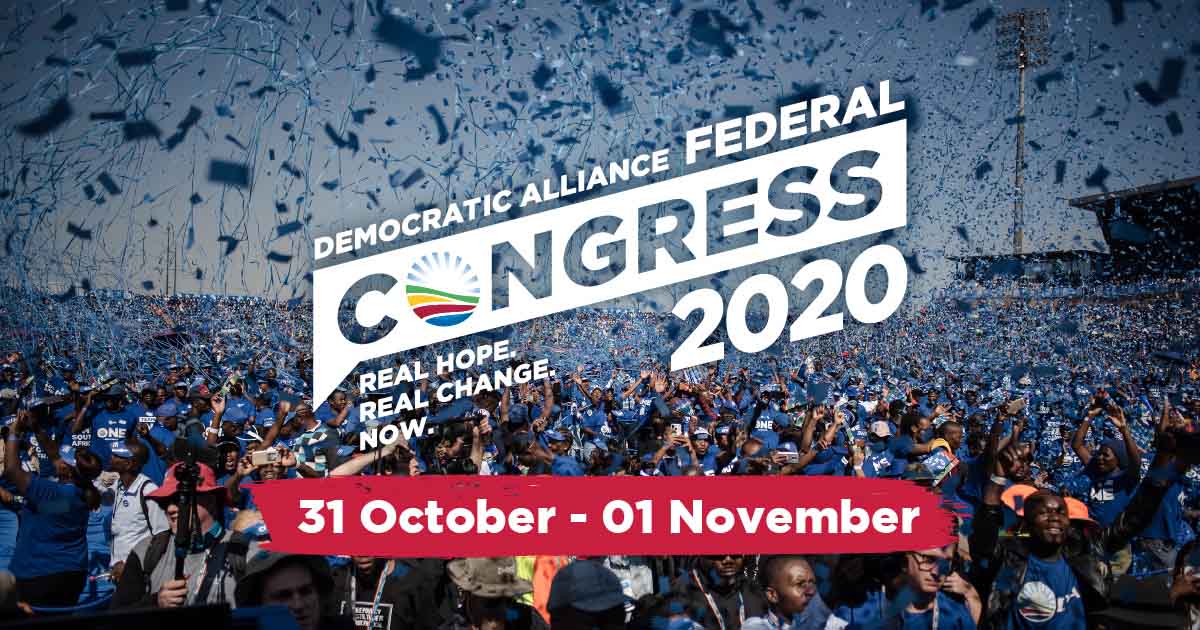 After months of detailed planning and preparatory hard work, the Democratic Alliance (DA) is ready to hold its first virtual elective Federal Congress this weekend. This Congress is a technological trailblazer for South African politics.

This Congress will not only be the biggest ever for the Party, but also the largest online congress of any political party in South Africa. The combination of proven technology with national hybrid venues, will ensure that delegates of all communities have an opportunity to cast their vote.

The Congress commences at 9:30 tomorrow morning and will conclude with the announcement of the newly-elected leadership on Sunday afternoon.

Live broadcasting of the opening ceremony will be at 9:30 on Saturday 31 October and the announcement of the newly-elected leadership at 14:00 on Sunday 1 November and will be available on the following TV channels:

The Congress may also be viewed via a live-stream on the website: www.dacongress2020.co.za

We are delighted that these television stations have agreed to broadcast the opening and closing ceremonies of our Congress live. This means that the DA’s message of ‘Real Hope. Real Change. Now.’ will reach millions of South African directly tomorrow and on Sunday.