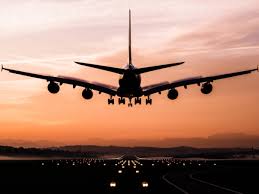 At the Tourism Portfolio Committee meeting this week the Board of Airline Representatives of South Africa (BARSA) confirmed that government’s handling of Covid-19 and the lockdown has placed South Africa in grave risk as Africa’s airline hub.  The manner in which international tourism is being handled by the Ramaphosa administration has initiated a discussion amongst the international tourism industry that countries such as Namibia, Kenya and Ethiopia be considered as Africa’s travel hub, instead of South Africa.

BARSA explained that South Africa’s lockdown is destroying, and continues to destroy tourism.  This is causing South Africa to be increasingly problematic for growth in tourism and the tourism industry worldwide.

The prevention of not opening skies in South Africa is also a major stumbling block for tourism growth and development.  Keeping our skies closed and the continuous bailing out of South African Airways (SAA) contributes to the retardation of our economy and makes travelling to and from South Africa more expensive compared to other parts of the world.  Government needs to implement the Yamoussoukro Decision which liberalizes air transport in Africa.  Unless this is done, Africa which is home to 12% of the world’s population, will continue to account for less than 1% of the global air service market.

As far back as 2010, the World Bank in their study on the Implementing the Yamoussoukro Decision confirmed that South Africa’s refusal to become signatory to this Decision and their obsession with restricting our air services markets to protect the share held by SAA is a major stumbling block for growth and development.  This development includes the development, growth and creation of jobs. The World Bank has confirmed that countries that have abandoned national airlines are in a position to redirect state resources to investments that have more positive impact on economic development which includes tourism.

Lower transport costs achieved through enhanced competition reduces a significant trade barrier for African countries, while also improving prospects for increased tourism.  This is confirmed in reality as 20 percent of Africa’s tourism-related jobs are supported by visitors arriving by air, compared with only four percent in North America, for example. Air passenger traffic has increased when countries open up their skies.  This in turn has had positive growth for jobs and economies of those countries.

South Africa needs to implement recommendations of the Yamoussoukro Decision which includes, among others:

If these easy-to-do things were done by government, we would almost instantly, even within the covid environment, see increased trade, both regional and intercontinental. Competitive air carriers with more frequent flights and lower fares can also open the door to trade as well.

It is time for government to prioritise the opening up of air travel so that our tourism is turbo-boosted thus growing our economy and jobs significantly.