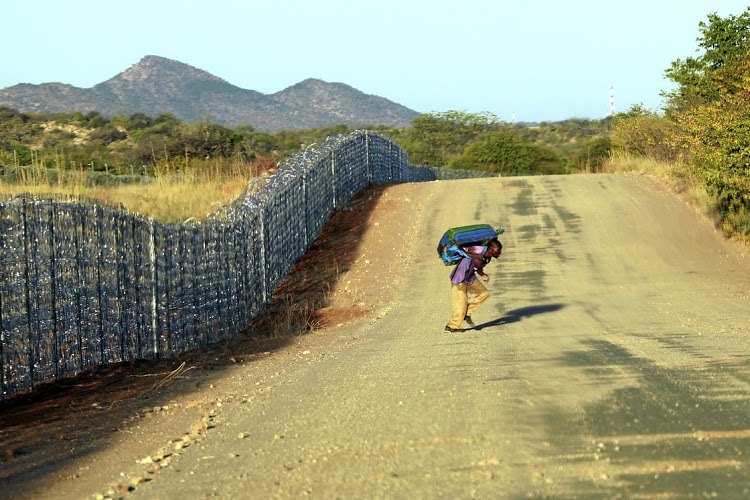 In a reply to parliamentary question by the Democratic Alliance (DA) earlier this month, the Minister of Defence and Military Veterans, Nosiviwe Mapisa-Nqakula disclosed that The South African National Defence Force (SANDF) spends more than R88 million per year to deploy 370 members to the Lesotho border, yet fails to curb cross-border crime in the Free State, Kwa-Zulu Natal and the Eastern Cape.

Recently, agricultural unions again spoke out about the devastating effect of cross-border crimes, in particular stock theft, along the 900km long Lesotho border, which in many places remain unmanned. This has a devastating effect on established and emerging farmers alike, as well as on the economy of the eastern Free State and relevant parts of the other two provinces. 11 of the 17 hotspots for stock theft along the border are in the Free State.

On a recent oversight visit to the border, my colleague and DA Leader in the Free State Provincial Legislature, Roy Jankielsohn MPL, found the border completely open, with only two soldiers sitting next to a crossing some distance from the border. The DA has also on occasion, received complaints about disorderly conduct of SANDF members who are stationed along the border.

In her reply, Mapisa-Nqakula indicated that a total of 431 arrests were made for criminal activities between 2017 and 2020 to date. These statistics don’t seem to tally with either the South African Police Service (SAPS) statistics at the 13 SAPS stations along the Free State border or the vast number of stock theft cases experienced by farmers.

The DA also has reason to believe that despite the fact that the SANDF exercises its powers to arrest individuals, many cases dockets are not even opened when handed over to the SAPS.

Further to the devastating economic impact, the South African national government’s failure to address cross-border crime has a negative impact on the good relationship between law abiding citizens from both countries which we cannot afford.

My colleague in the Free State Provincial Legislature, Leona Kleynhans MPL, has requested the Chairperson of the Portfolio Committee tasked with overseeing police for a full briefing by the Provincial Police Commissioner on this matter.

In addition, the DA will:

The government has shown that resources are available. It now needs to ensure that these resources are not wasted, but put to effective use to protect South Africans and their property from cross-border crimes.