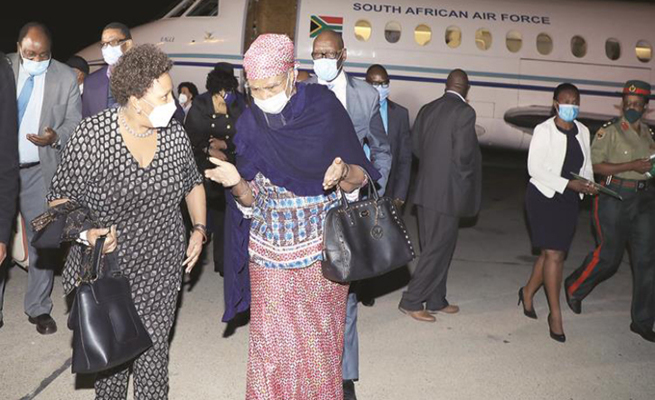 The Democratic Alliance (DA) will today lay criminal charges against the ANC-delegation for abusing a State aircraft – the party has already admitted guilt in this regard – as well as for flouting Covid-19 lockdown regulations.

Just like ordinary South Africans who now bear the burden of potential criminal records for breaking lockdown regulations, the ten ANC delegates who undertook this illegal trip in an Airforce jet, must face the legal consequences. They admitted to a crime and must now face criminal charges.

Transport Minister Fikile Mbalula made it clear that he did not grant the delegation permission for the trip, as is required by Level 2 lockdown regulations and referred all questions about it to Defence Minister Nosiviwe Mapisa-Nqakula. There is also doubt that the Minister of Finances, Tito Mboweni, granted his support in terms of the 2002 Defence Act section 80(3)(a).

Minister of Social Development Lindiwe Zulu and Minister Mapisa-Nqakula are part of the National Corona Command Council. They were instrumental in instituting many of the regulations and should have known better than anyone that what the delegates were doing was wrong.

The ANC’s admission of guilt and promise to pay back the money should not deter President Cyril Ramaphosa to release the report from Minister Mapisa-Nqakula. Parliament and the Nation have the right to scrutinize that report.

It certainly raises suspicion that the ANC made such a dramatic U-turn on the matter after they defended the delegation’s use of the jet tooth and nail last week. The DA can only conclude that the report must contain something so explosive that the ANC hopes to bury it with platitudes and promises of repayment. We will do everything in our power to prevent that from happening.