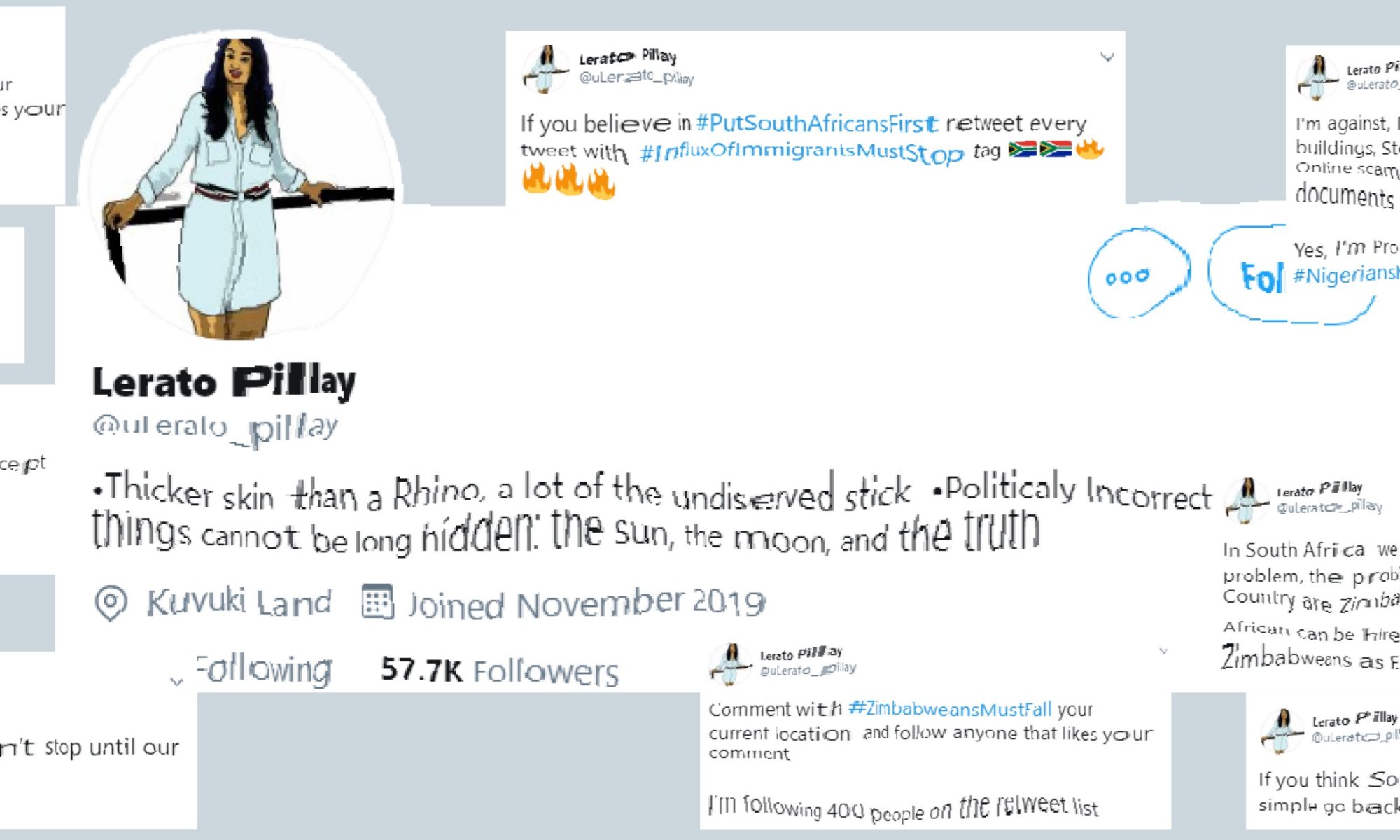 This follows the revelation today that Sifiso Jeffrey Gwala, a former soldier, is the person behind the “anonymous” Twitter account previously known as @uLerato_pillay, which has been accused of inciting xenophobic tensions in South Africa.

The Constitutional Court recently gave Parliament 18 months to fix the Promotion of Equality and Prevention of Unfair Discrimination Act. My colleague Glynis Breytenbach MP, will propose the inclusion of a section specifically dealing with hate speech laden disinformation campaigns in the digital space that incite violence, while at the same time protecting freedom of speech.

While S16(1) of the Constitution already prohibits incitement of violence, we believe that given the growing proliferation of disinformation and incitement of violence in the digital space and on social media in particular, it needs to be made an explicit criminal act in enabling legislation, and dedicated digital investigators be allocated to this objective.

Disinformation is harmful to South Africa’s democracy as it subverts political discourse, not only inciting violence, but creating racial tensions as we saw during the Bell Pottinger saga.

The government, save for empty press statements, has not taken any concrete steps to take legal action against those who spread disinformation designed to foment hatred against any group in South Africa, including foreign nationals resident in our country legally. Our Constitution makes it clear that: “South Africa belongs to all who live in it, united in our diversity.”

The DA thanks the Digital Forensic Research Lab (DFRLab) for its ongoing work to expose disinformation, as it has done with the @Lerato_Pillay account. Its work to promote objective truth as a foundation of government for and by people and to protect democratic institutions and norms from those who would seek to undermine them in the digital engagement space is laudable.

We live in a digital era, and most political engagement now happens online. Any Bell Pottinger-esque attempts to manipulate those discussions for nefarious reasons undermines our democracy. We call on all of South Africa to be united against any dastardly efforts to manipulate our discussions about the future of our country.

Fighting this requires a collaboration between NGOs, Parliament, government and indeed, an active citizenry The Democratic Alliance will do its part in Parliament as the official opposition to make sure that legislation is in place to protect our democracy against harmful disinformation, while at the same time protecting freedom of speech.