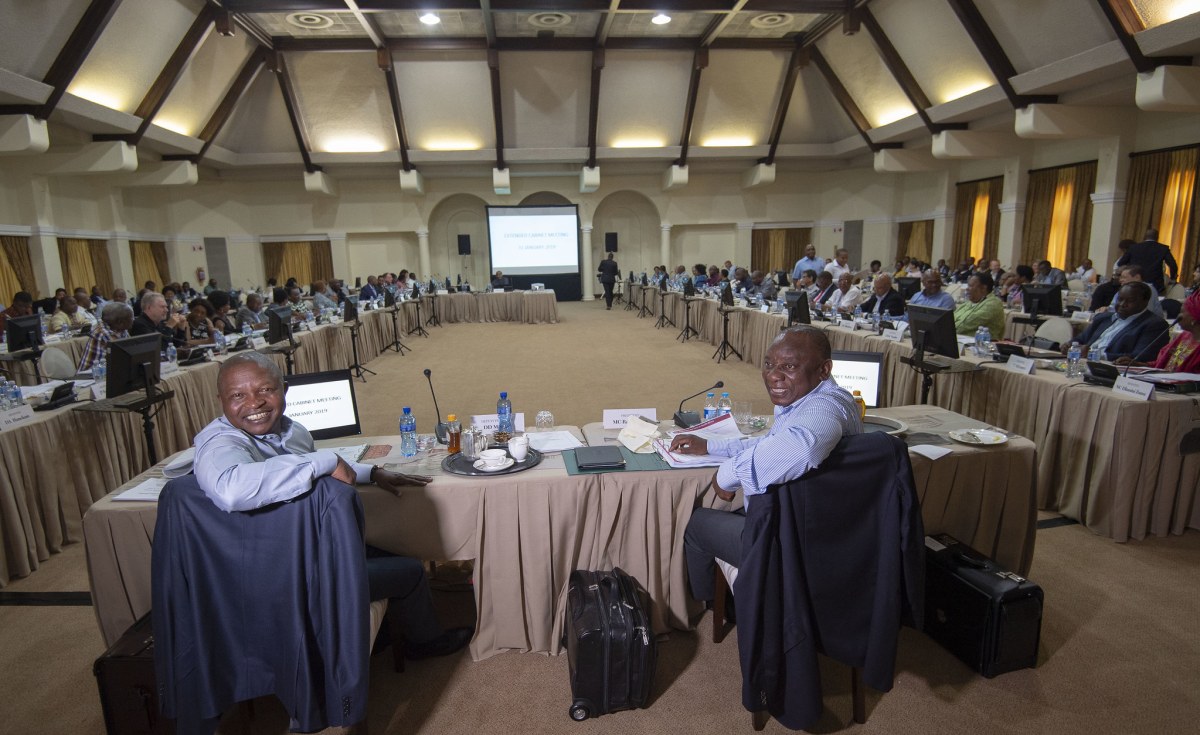 The inter-ministerial committee set up by President Ramaphosa to probe his own party’s Covid procurement corruption is, like every other inter-ministerial committee trotted out in the past, just window dressing to create the illusion of action. This toothless gathering of ANC cadres has no real capacity to investigate and prosecute those involved. But more importantly, it has no motivation to do so either.

Never, in 26 years of ANC government, has the ruling party ever found itself or its own members guilty of anything. It’s not going to start doing so now. This Covid corruption committee will go the same dead-end route as the inter-ministerial bodies that investigated Nkandla and the Gupta landing at Waterkloof, and ended up exonerating every high-ranking ANC cadre. It’s nothing but a whitewashing exercise.

South Africans are tired of these empty gestures and feeble attempts at placating them. They want to see action from the president. They want to see dirty cadres swap their luxury clothing brands and German SUVs for orange overalls and prison beds. But instead we have a spectator president whose best offer to the nation is more talk shops, platitude-filled newsletters and meaningless inter-ministerial committees.

Why is this committee centralised in the Presidency? How independent is it? Who will provide oversight over it? What real powers does it have? Could the President not ask Parliament to set up a committee empowered to deal with this corruption scourge?

The feeding frenzy over PPE procurement by ANC cadres and their families was entirely predictable to anyone who has ever seen the ANC government in action. Many, including the DA, warned of this at the start of the Covid crisis. For this reason the DA urged government over two months ago to put in place a meaningful deterrent. On the 25th of May the DA proposed to Finance Minister Tito Mboweni a Special Inspector-General to prevent the looting of Covid-19 relief funding.

The DA specifically proposed that the Special Inspector-General should have the power to:

To date, the president and his cabinet have refused to consider this proposal. The scale of the looting we have seen makes a mockery of his solemn vows back in March that Covid procurement corruption will not be tolerated, and that anyone implicated will face serious consequences.

That’s the kind of transparent and capable government our country needs to get through this crisis. But this will require a president who is prepared to act – even if this means acting against his own party.

We call on President Ramaphosa to abandon the empty window dressing of this inter-ministerial committee and focus instead on steps that have real power to stop corruption in its tracks and hold the guilty to account.