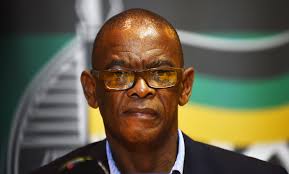 I have written a letter to President Cyril Ramaphosa requesting him to act regarding the allocation of Covid-19 tenders to the sons of ANC Secretary-General Ace Magashule as part of his public commitment to act against malfeasance relating to Covid-19 contracts.

While the Free State Provincial Government and Mr Magashule indicate that there is nothing wrong with the allocation of these contracts, the DA is of the opinion that Mr Magahsule holds extensive influence over officials who allocate tenders in the Free State.

The ANC continues to implement a policy of Democratic Centralism (Cadre Policy) that conflates the party and state regarding the employment of government officials through redeployment committees. As former Free State Provincial Secretary and current Secretary-General of the ANC, Ace Magashule is in a position to exert extensive influence over the deployment and continued employment of any senior officials and politicians in an ANC-run province such as the Free State.

The Magashule family have a poor track record regarding Free State tenders that include the following:

The links between the Magashule and the controversial Gupta family are well known. The Gupta-linked Estina company is currently under investigation by various agencies regarding hundreds of millions of Rands irregularly spent on the Vrede Dairy Project. Such links include Magashule’s sons Tshepiso and Thato who both benefited from the Gupta’s largesse, with Tshepiso being employed and accommodated by the Guptas.

The above examples indicate that the latest allocation of lucrative government contracts to family members of Ace Magashule is not a once off occurrence. As former Premier of the Free State and current ANC Secretary-General, Magashule holds substantial influence over both politicians and senior government officials in the province.

The political integrity of President Ramaphosa will depend on his willingness to act against his most senior ANC party leader.