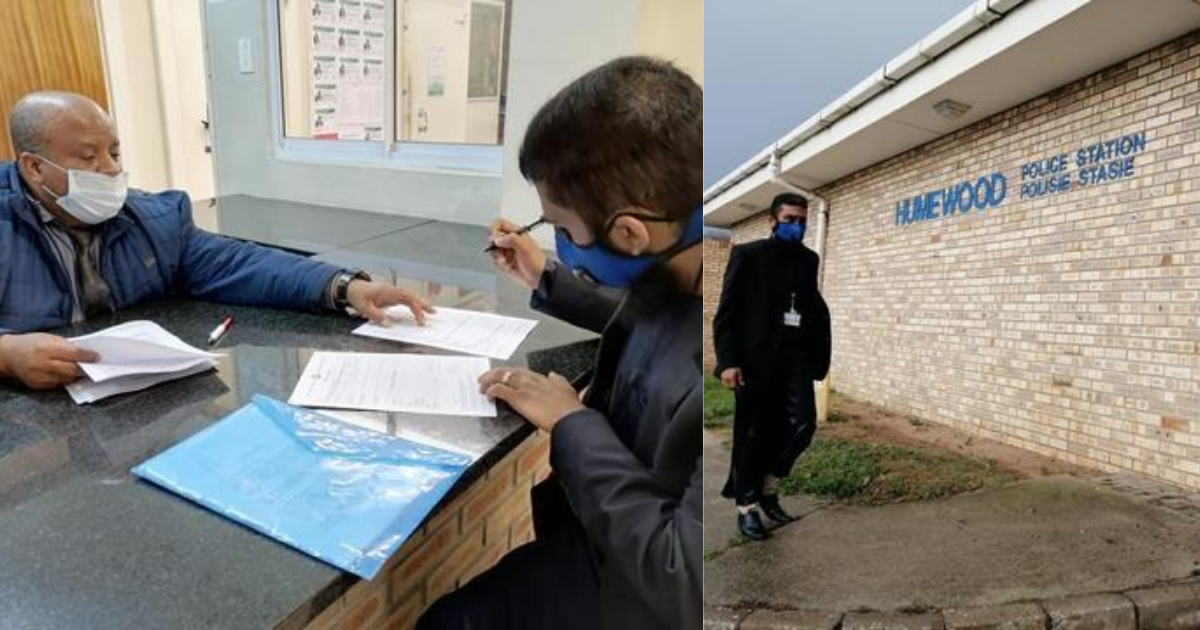 Education Head of Department, Superintendent General Themba Kojana, has broken the law by providing false testimony and information to the Eastern Cape Portfolio Committee of Education, under oath.

This is concerning the awarding of the controversial R530 million contract to Sizwe Africa IT Group, which is a subsidiary of well-known ANC ally Iqbal Survé’s Ayo Technology Solutions

This once against illustrates that the Eastern Cape is not only the epicientre of the Coronavirus, but the epicentre of Covid Corruption.

Today we have laid criminal charges against Kojana for breaching the Evidence and Information Before the Eastern Cape Provincial Legislature Act (Act 4 of 2007 (EC), at the Humewood Police Station.

In terms of the Act, in breaching section 5(2)(e), the person is committing an offence and is liable to a fine or imprisonment for a period not exceeding two years, or both.

Kojana was adamant that the contract with Sizwe Africa is the best value for money, but the retail price for the same tablet is approximately R3 279. Added extras like a sim card, software, protective accessories and related equipment can take this amount up to R4 000, at least R3,000 cheaper than what has been put before the committee.

Kojana initially understated the contract costs on 13 May and then overstated the market value of the tablets on 16 July, to falsely demonstrate savings made by the Department.

Why have the amounts changed so drastically? It is clear that Kojana lied to the portfolio committee, under oath, on at least one occasion. These lies were made after the final award letter was given to Sizwe Africa on 2 April 2020, which means the final value of the contract should not have ch

Subsequently, it had come to light that Kojana is now attempting to use the former Chief Financial Officer, Mr Jason O’Hara, as a scapegoat, even though Mr O’Hara was suspended in December 2019, long before the contract was awarded.

Kojana has lied, under oath, to the Legislative arm of government, and should be dealt with by the law.

Kojana and the Department have entered into this overpriced contract illegally and have now lied to the Legislature to try and get away with it. His actions are criminal and are a danger to our representative democracy, which relies on accountability to the people. He must be brought to book.