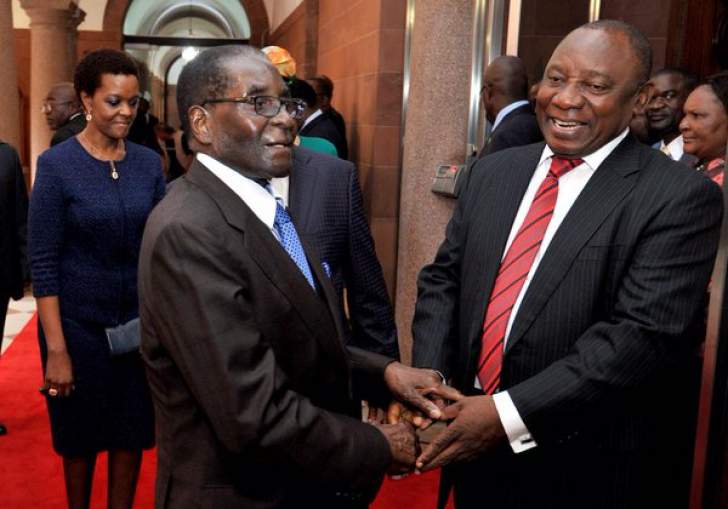 In a response to a Democratic Alliance (DA) parliamentary question President Cyril Ramaphosa defended a controversial tweet of a picture of the late Zimbabwean President, Robert Mugabe, on the official Twitter account of The Presidency on Africa Day, 25 May 2020, with a quote attributed to him reading “Africa is for Africans” under the banner headline that reads “The Africa We Want…”.

In his response, President Ramaphosa stated that the leaders who were included in these posts “are deserving of recognition for their roles as leaders of national liberation and as champions of African independence, unity and development.”

While it is important that all African leaders are celebrated who have made positive contributions to our continent and its people, Robert Mugabe was barely a “champion” of “unity and development”.

In fact, Mugabe’s legacy in Zimbabwe is one of crushing economic decline, repression of opposition voices and military brutality against civilians. The same violence and abuse of human rights is only being perpetuated by the Mnangagwa-administration today.

The President’s sentiments are no different to those shared by successive ANC governments that have stood by and watched as ZANU-PF trampled on civil liberties and disregarded for the rule of law.

The DA again calls on the President, in his capacity as African Union Chairperson, to stop enabling the brutality of despots, he show leadership and publicly condemn the Mnangagwa-government’s reign of terror on defenceless citizens, and for arresting journalists and activists on trumped-up charges.