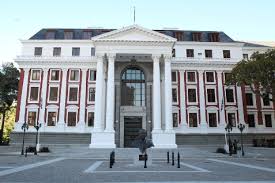 The Democratic Alliance (DA) calls on the Speaker of the National Assembly, Thandi Modise, to investigate the ANC’s complete disregard for the rules of Parliament during the annual Women’s Parliament today.

During today’s sitting some ANC members present in the National Assembly were dressed in their party regalia.

This is in contravention of Rule 46 (f) of the Rules of the National Assembly which states that:

Members are expected “to dress in a manner befitting the dignity and decorum of the House, as may further be provided for in guidelines approved by the Rules Committee; provided that no party symbols may be displayed”.

On various occasions, presiding officers have made a point in calling out individuals who wear party regalia at these extraordinary sittings of Parliament. However, this time around when the ANC are the offenders, no action was taken.

While today was an extraordinary sitting of Parliament, it is no excuse for the ANC to bypass the rules without being held to account. In whichever capacity Parliament meets, it remains an independent organ that should be seen to be impartial and representative of all South Africans.

The Women’s Parliament is not an opportunity for the ANC to grandstand but an important coming together of various stakeholders in order to debate and discuss issues that are important to South African women.

Furthermore, the DA is disappointed by the lack of participation from the Excutive, particularly the Minister of Women, Youth and Persons with Disabilities, Maite Nkoana-Mashabane, during today’s proceedings. Despite her being present on the online platform, when it was time for the Women’s Parliament delegates to pose questions, she and her Cabinet colleagues were no-shows.

For an organization that constantly talks about the strides they’ve made in women empowerment and the fight against gender-based violence, the ANC consistently cowers in the face of accountability when they are presented with the facts.

Without the participation of members of the Executive the Women’s Parliament is just another pointless talkshop that will not enact any tangible change.

The DA urges the Speaker to ensure that those ANC members who contravened the rules of Parliament are taken to task, and to engage the President on the poor showing of his Cabinet.