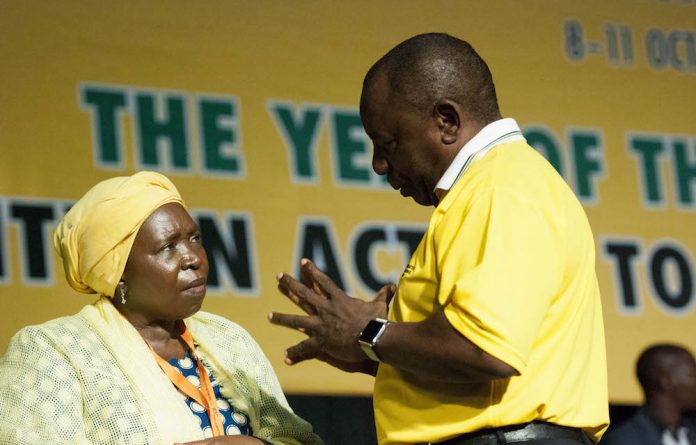 The State of Disaster – already extended – comes to an end in less than 24 hours, and there is no clarity at all on what happens next. This is unacceptable. The stranglehold this places on our country goes way beyond the immediate damaging effects of the regulations enforced under the State of Disaster, because it is the uncertainty that inflicts the most damage. Millions of livelihoods are in peril as thousands of businesses cannot plan for the immediate future, and every day more and more of them are taking the heart-breaking decision to close their doors.

Where is President Ramaphosa in all of this? How can it be that a country’s leader goes missing in the midst of its biggest crisis? We know he’s around, because he can find the time to make Women’s Day addresses or pen platitude-filled newsletters about a fantasy future, which we know will never happen under his government. But as far as making critical and urgent decisions right now to save our economy, which is fast collapsing thanks to a self-inflicted lockdown crisis, he is nowhere to be seen.

It is crystal clear what President Ramaphosa should do: Grow a spine and end the lockdown immediately and entirely. There can be no more talk of levels that don’t serve any purpose whatsoever other than to obliterate what’s left of the economy and jobs. There can be no more bowing to narrow interest groups or the agendas of ANC factions. The lockdown must be ended right away, and along with this the irrational bans on alcohol and cigarettes as well as the curfew and travel restrictions must be lifted. And there can certainly be no consideration to extend the State of Disaster.

This is not the view of the DA or business or any specific interest group. It is the widely held view of the vast majority of our society, including government’s own political allies and its own scientific advisors. Just this week, both Cosatu and Nedlac urged the President to end a lockdown that cannot be justified. The scientists on the Ministerial Advisory Committee have long said that the lockdown should be lifted. We welcome this support for a view the DA has held ever since the initial three weeks of lockdown came to an end, and we urge the President to listen to these voices.

The virus will still be around a year, or even two, from now. We cannot remain trapped by indecision and ego until then. We must be smart when it comes to reducing the risk of transmission through masks, hygiene, distancing and ongoing testing, but we have to get out there now and rebuild our shattered economy.

Every day that the president dithers, our country is one step closer to economic ruin. Already we have lost more revenue thanks to the inexplicable ban on alcohol and tobacco than we borrowed, amid great fanfare, from the IMF. What is the point of that then? Our economy is estimated to have lost over a trillion Rand already due to this extended lockdown, and any positive outcome that might have followed the president’s much vaunted investment plans has certainly fizzled away as his government committed economic hara-kiri.

The truth is, this extended lockdown could never be justified, and President Ramaphosa knows this. But he and the ANC have painted themselves into a corner, because ending it now – without any significant increases in the country’s healthcare capacity, without any significant advances in our testing strategy and without any sign that we have contained the virus – would be an admission that it was all for nothing. And so it seems he would rather crush the economy and ruin the lives of millions than say “we got it wrong” and bring it to an end.

South Africa needs him to do the right thing for once: Act like a president, find some courage, face down the factions in his own party and end the lockdown immediately.