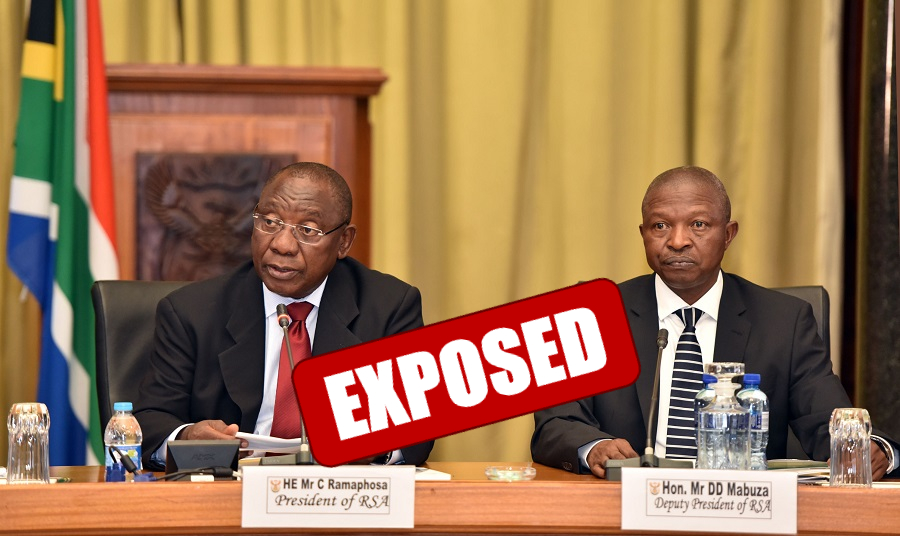 The Democratic Alliance (DA) is in possession of what appears to be a government document that describes the Covid-19 pandemic as an opportunity for the “macro re-organisation of the state”, and proposes to make the Command Council system a model for government beyond the lockdown.

The document discusses the financial ruin in municipalities that it says is due to South Africa’s credit downgrade and the lockdown, and uses this as a gap to extend and consolidate central state control.

The credit downgrade and the lockdown did not result in municipalities collapsing, the ANC did.

The fundamental reason for the collapse of many municipalities across South Africa has been the ANC’s cadre deployment policies and the wholescale mismanagement, corruption and criminalisation of the state that followed. Municipal officials were not appointed for competency, but rather political expediency.

Apart from relying on bad government to solve the problems caused by bad government, the DA is most concerned by the constitutional implications of what is being proposed. The document seems to reveal an ANC plan to slowly roll back the powers of democratically elected local and provincial government.

This is nothing short of a coup d’état. The document literally invokes the phrase “Never waste a good crisis” and describes the response of government to the Covid-19 pandemic as “exemplary”, and proposes using the District Development Model and the Command Council system as a means of centralised government policy-making.

This model, it argues, “should inform South Africa’s economic response and it will do so in a way that will disrupt current and old ways of how government has been working”. It will also “bind” all spheres of government.

One of the specific proposals in the document has already been adopted: government ministers will be appointed as “district political champions” to oversee the other spheres of government. This presumably includes ministers like Lindiwe Zulu who can hardly manage her own department.

If the DA’s suspicions are justified it means that the inane-sounding District Development Model was never about improving service delivery; instead it was a cover for the ANC grabbing more government power, and eventually doing away with provincial and local elections.

The ANC is not above using its own failures in order to attack the Constitution. Just like the failure of the government’s land reform programme was used to argue for an amendment of section 25 of the Constitution, so the ANC will have no shame to use the damage done by its own cadres in government to argue for scrapping the nine provinces, and turning municipalities into extensions of the national government.

The stated intention behind the District Development Model has also been at odds with the hands-off response of national government to the collapse of municipalities. If the national government really cared about the communities that suffer the collapse of municipal services, then why has it been so hesitant to use its existing powers of intervention?

Section 139(7) of the Constitution gives the national government considerable power to step into the shoes of useless provinces, and so to stop municipalities from self-destructing. But asked about municipalities defaulting on their Eskom debt, hiring reprobates implicated in the VBS scandal, or entering financially ruinous contracts, Minister Dlamini-Zuma has made a conspicuous display of wringing her hands.

If indeed the ANC’s plan is to govern South Africa by way of Command Councils, then maybe it suites the party simply to let the municipalities under its watch collapse entirely. It could then say  “look, the Constitution no longer works”, escape the wrath of voters in places where ANC majorities are thin, all the while securing permanent ANC control.

But this is allowed to happen communities across the country will be prevented from doing in future what the people of the Western Cape have already done: to escape life under corrupt and incompetent ANC leaders, and to buck the downward economic trend of the rest of the country.

The DA will put a formal question to the President asking whether the document has any formal status in government, and whether its contents reflect current or proposed government policy.

We will also be keeping a close look at what further proposals emerge under the guidance of the so-called district model, and we will be requesting a record of decisions and discussions of all the Command Councils that have been established across the country.