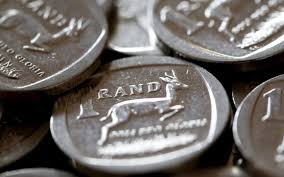 Out of every R1 paid in taxes, 58 cents now goes towards paying the salaries of public servants – and that figure may soon increase to 61 cents. Alongside explosive spending on debt repayments, which now cannibalises 22 cents out of every R1 in tax revenue, this means that almost none of the taxes paid by South Africans are used for productive investments to grow the economy. With salaries and debt devouring 80% of all tax revenue, only 20 cents out of every R1 paid in taxes is now available to pay for everything from social grants to education, healthcare and infrastructure development.

These shocking facts were revealed in the supplementary budget review tabled in Parliament by Finance Minister Tito Mboweni on Wednesday. According to National Treasury, main budget revenue this year is set to decline from R1.398 trillion to R1.099 trillion as tax collection collapses due to the ANC lockdown crisis. At the same time, the state will still spend at least R638.9 billion this year on paying salaries for public servants. This spending includes continuing to pay the exorbitant salaries of 29 000 millionaire managers, many of whom are ANC cadres appointed to powerful positions to capture the state on behalf of the party.

To make matters worse, the amount of R638.9 billion is based on the assumption that there will be no further wage increases this year. The government on 1 April unilaterally froze the salaries of public servants in a belated attempt to lower the wage bill. However, the state did so in contravention of its own 2018 collective bargaining agreement that guaranteed above-inflation wage increases until 2021, after public sector wages already increased by 66% over the past decade.

As a result, public sector unions have taken the government to court to reverse this last-ditch attempt to freeze wages. If the unions win their court battle, the wage bill will increase to an astronomical R675.2 billion this year – which means that the state will spend 61 cents out of every R1 collected in taxes to pay wages.

The Democratic Alliance (DA) has warned for years that the public sector wage bill is spiralling out of control and presents an urgent threat to South Africa’s fiscal sustainability. In October 2019, we proposed a new solution that would trim R168 billion from the wage bill by freezing the salaries of all non-frontline staff and reducing the number of millionaire managers by a third, while still securing inflation-linked increases for our frontline service delivery heroes.

The reality is that the ANC dug South Africa’s grave with the 2018 wage agreement, and were then too cowardly to renegotiate the agreement following the DA’s timely and repeated warnings. With at least 58% of revenue going to fund the salaries of public servants – including millionaire cadres – the state’s unilateral move now to freeze wages is far too little, far too late.

It seems that no one knows this better than Minister Mboweni himself. In his supplementary budget speech, it was telling that the only thing Mboweni had to say to Public Service and Administration Minister Senzo Mchunu – who is tasked with cutting the wage bill – was the following: “We wish him well.”

Far too little, far too late