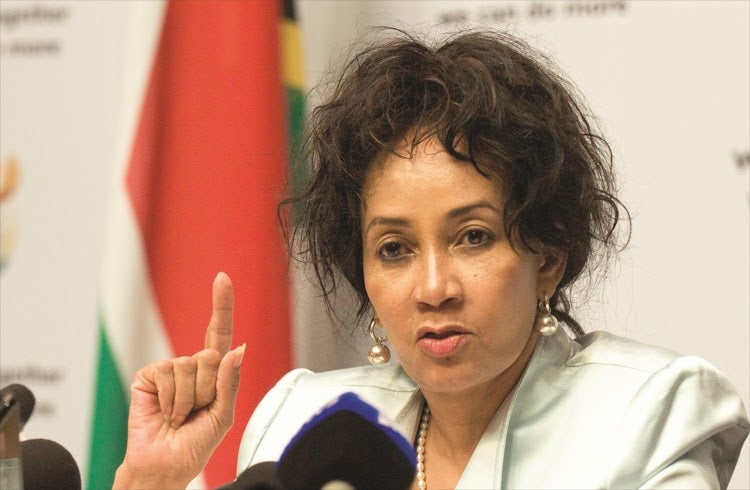 The Democratic Alliance (DA) notes Water and Sanitation and Human Settlements Minister, Lindiwe Sisulu’s media statement, released after 21h00 on Saturday evening, 2 May, noting that an urgent decision has been taken to end the term of office of the current interim Amatola Water Board and to appoint legal administrators to manage the Board’s affairs.

Interestingly, the Minister noted that decisions taken by the Board would remain valid and in force – including an investigation into the current CEO, who was recently suspended with full pay.

The Minister concluded her statement by noting that there are similar on-going investigations into Lepelle Northern Water and that further announcements will follow.

The Minister has since released a further two statements this morning, the last of which, as a pre-emptive measure, warns social media users against the circulation “fake news”.

It is clear the Minister is in a panic.

Shortly prior to the her announcement last night, my office received dossiers of information from two separate whistle blowers, relating to a number of matters concerning Sisulu’s department that are of national importance. These will all be aired publicly in coming days.

Most importantly, the DA can confirm that we are in possession of two sworn affidavits, drafted by the Chief Executives (CE) of both Lepelle Water Board and Amatola Water Board, Phineas Legodi and Vuyo Zitumane.

Zitumane is the suspended CEO as referred to by the Minister.

The CE’s affidavits were drafted in terms of the terms of the Prevention and Combating of Corrupt Activities Act 12 of 2004 and both note the same serious allegations of political interference within their respective Boards’ activities, by a top Ministerial aide, closely linked to Sisulu.

This aide is well known to the media, having served in previous Ministries headed by the Minister, in the capacities of Chief Director, Stakeholder Relations Head, and whom now occupies a senior position on yet another Ministerial Advisory Committee, reported on by the DA on 5 March.

The allegations contained in both CE’s affidavits are of an serious nature, and are substantiated with annexures of recorded evidence. They relate to allegations of egregious impropriety on the part of the Minister’s Advisor in relation to emergency procurement processes and tenders, specifically focused on sand water extraction during the periods of disaster relating to both the drought, and subsequently, the Covid-19 crisis.

The DA is of the view that Sisulu’s late night press release on Saturday evening, as well as two subsequent statements issued by her office this morning, are pre-emptive measures designed to place the Ministry on the front foot of this developing story, and nullify the bona fide and incredibly serious allegations contained in the affidavits drafted by the respective Chief Executives of both the water boards concerned.

The DA has also confirmed that one of the CEs has now laid criminal charges against the Minister’s advisor in relation to the undue interference that has allegedly been exerted on the Board’s procurement processes.

Given that criminal charges now abound, the DA cannot at this point report on the intricacies of the allegations contained in both affidavits, save to say they beg serious questions that must now be answered in a court of law.

The DA will today refer this matter, along with supporting documentation to the Office of the Public Protector, and to Parliament’s Standing Committee on Public Accounts.

We further commend the bravery of all whistle-blowers and send our encouragement to officials whose images are deliberately tarnished as a result of their attempts to expose government maleficence.