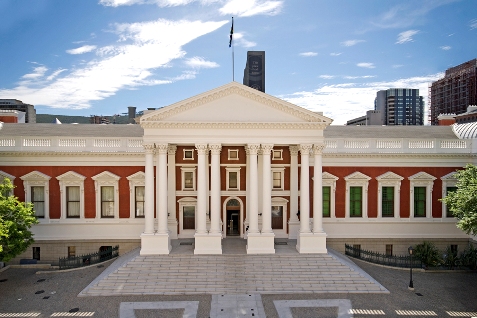 The Democratic Alliance (DA) welcomes the decision by Parliament to lapse the ad hoc committee to review Section 25 of the Constitution. We have never supported land expropriation without compensation (EWC) and hope that the ANC will also come to its senses and realise that this has never been a feasible idea.

This whole process was based on an unconstitutional motion in the first place. The DA submitted a report objecting to the findings of the first Ad Hoc Parliamentary Committee on Land Expropriation. The process was not finished and potentially compromised due to insufficient public participation and the findings of the committee being clearly predetermined.  The second committee’s work was built upon the fraudulent and erroneous work done by the first committee.

The truth is that EWC was nothing more than an electioneering tool from an ANC pushed into a corner by EFF rhetoric. With the question marks hanging over the possible postponement of the next election, it should not be any wonder that the ANC has lost its urgency regarding this matter. The DA can only assume that the ANC will regain its vigour when they once again need to court voters.

The DA will submit parliamentary questions to ascertain exactly how much money Parliament has spent on what was essentially a mass ANC canvassing.

As we’ve said before, the DA has always and will always oppose any abrogation of existing private property rights. Economic growth and development are not possible without property rights, and expropriation without compensation will only serve to bring that to a grinding halt.

The Constitution is not a barrier to land reform, the lack of political will, rampant corruption and budgetary constraints are.

Just earlier this week the ANC government proved again that they do not have the best interest of South Africans at heart with its proposed expropriation without compensation plan. Mr David Rakgase had to fight for 18 years to own the piece of land that he’s been working for almost 30 years.

The ANC’s land policies are built on a crumbling foundation. There is no consistency between their words and actions.