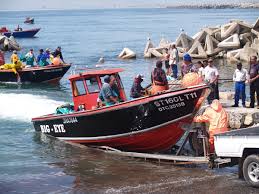 The Democratic Alliance (DA) has written to the Minister of Environmental Affairs, Forestry and Fisheries (DEFF), Barbara Creecy, requesting an immediate amendment to the Covid-19 lockdown fishing regulations to lift the restriction placed on recreational fishing which will allow for subsistence or “own-consumption” fishers to feed their families.

The DA has received hundreds of desperate pleas from subsistence fishers who are in possession of recreational fishing permits, but have been prohibited under the lockdown regulations to fish. This gap in the fishing regulations has resulted in entire subsistence fishing communities left without the opportunity for self-reliance and even more vulnerable under the already dire economic circumstances facing South Africans.

In the letter to Minister Barbara Creecy, we have requested that the restriction on subsistence fishers in possession of valid recreational fishing permits be lifted with the following provisos:

The DA’s call on social media for subsistence fishers to submit their motivations to amend the fishing regulations to Minister Creecy and DEFF has been met with wide-spread support. These emails have been sent alongside the DA’s letter to the Minister for her perusal.

The DA therefore also calls on Minister Creecy to revise the existing fishing legislation with a mind to the numerous issues surrounding the issuing of subsistence fishing rights by the inclusion of a subsistence fishing category that will accommodate impoverished fisherfolk who have slipped through the cracks.

South Africa is in the throes of an economic crisis and the opportunity to relieve the economic hardship of some of our most impoverished individuals and families in the subsistence fishing community is a cause which the DA will firmly stand behind.