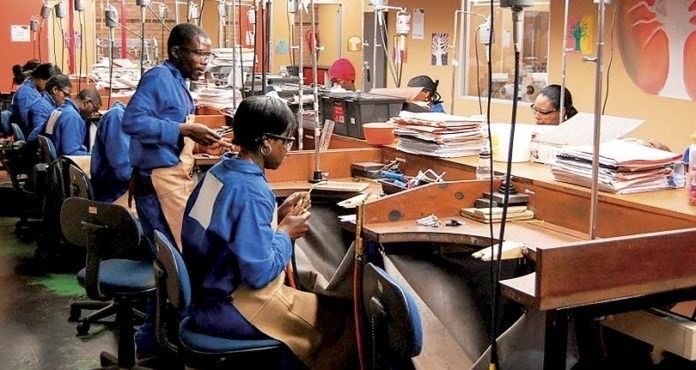 The Democratic Alliance (DA) has today submitted our comments to Cooperative Governance and Traditional Affairs (COGTA) Minister Nkosazana Dlamini Zuma and Trade & Industry Minister Ebrahim Patel in response to their request for comments around the Draft Framework for Sectors – Level 4 only – of their risk-adjusted strategy. We submitted two documents, one responding to their Level 4 proposals (including two attachments) and the other to their proposal for a curfew.

The move to Level 4 of the lockdown was meant to allow for a greater level of economic activity, but there is far too little to distinguish Level 4 from Level 5, and thus Level 4 inadequately balances the looming economic crisis.

The DA supports a much wider opening of the economy. Firstly, there is no evidence to say why this should not happen. There has been little to no transparency around the data or analysis being used to guide government’s response. Secondly, a wider opening can still achieve the same level of public safety if the government changes its approach from one based on force to one based on trust.

Furthermore, government has taken the approach of state control using force, choosing to centralise draconian powers in the hands of incapable ministers and enforce compliance by deploying 75 000 ill-trained South African National Defence Force (SANDF) members, many armed with live ammunition. Instead, it should be providing direction by harnessing the creativity, incentives and goodwill of everyone, within a reasonable set of rules.

The DA supported the initial call for a hard lockdown of the country and economy. It was the right thing to do, given the urgent need for time to prepare our healthcare response to the imminent threat of the pandemic. We also supported, in principle, the announcement last week of a move towards a softer phase of this lockdown to allow for some economic activity to return and for people to return to work. This was in line with our consistent call for the protection of lives and the protection of livelihoods to be carefully balanced.

We did, however, state that we would reserve further comment until we had seen the details of this risk-adjusted, phased approach. And it is indeed in the details where it has become clear that this is nowhere near the opening of the economy that is required.

Regarding what government has called “System 1” – the alert system that determines which level of restriction should apply nationally, in provinces and in districts – there is simply no way for anyone to know why a decision to move up or down between the levels is taken because the full data is not known. These decisions must be based on accurate, localised data on both community transmission as well as healthcare capacity, and yet government does not make this data publicly available. It expects citizens to trust its decisions, but it does not trust citizens with the information.

The DA has consistently called for the regular publication of this data, ever since the first case of Covid-19 was confirmed in South Africa on 5 March. We sent the Presidency the requirements for such a data dashboard. If government wants buy-in and compliance, it must return the trust.

The classification of industries that are allowed to trade under this supposed softer level of lockdown – what government calls “System 2” – also has fundamental flaws. Firstly, it is far too incremental. In other words, there is not nearly enough of a difference between levels 5 and 4, and there will be no meaningful increase in economic activity, leaving millions locked out and destitute.

Secondly, the sector-wide approach, where the risk assessment is applied to an entire industry and not the many and varied types of businesses inside that sector, is far too blunt a tool for the job.

And thirdly, the criteria whereby industries can return to work are too subjective. While we agree that having an acceptably low transmission risk is crucial, the second and third criteria – whether a business is “of critical value to the economy”” and whether it is “under severe near-term economic stress” – leave far too much room for subjective interpretation. If it is the risk of transmission that is keeping the economy closed down, then surely only the first criteria should matter. All businesses are of critical importance to the economy and most of them are under economic stress. If they can operate safely, they should be allowed to open.

Our second submission, dealing with the unjustified imposition of a curfew, could not have happened on a more symbolic day. As we awake to the news on Freedom Day that thousands of prisoners are to be released from jail and granted the freedom to terrorise South Africans, responsible citizens will now be subject to a curfew enforced by 75 000 soldiers.

The DA is alarmed by the lack of trust demonstrated by the government in the people of South Africa through the imposition of this curfew, likely backed by military force. This is an extraordinary limitation of civil liberties that should meet an extraordinarily high threshold before it can be justified. It does not meet that threshold in this case, and the DA is vehemently opposed to the curfew as a matter of principle.

Research by the Human Sciences Research Council showed that, during the first month of hard lockdown, 99% of citizens did comply with the lockdown regulations. This shows that the people deserve to be trusted, not coerced. However, mere days before the curfew was announced for the first time, South Africans learned that the government had resolved to deploy an additional 73 180 soldiers onto the country’s streets, bringing the total number of soldiers deployed to 75 460. This means that nearly the entire South African National Defence Force (SANDF) will be on the streets of our communities.

It is therefore highly likely that the SANDF will be used to enforce the curfew between 20:00 and 05:00 every night. This would mean that soldiers are granted the discretionary power to decide whether someone who travels between 20:00 and 05:00 faces a bona fide medical emergency or is performing an essential service. This grants far too wide a scope of powers to the SANDF.

Given that we have already witnessed horrendous acts of abuse, torture and even alleged murder by the SANDF when only 2 280 soldiers were deployed, the use of nearly the entire military to enforce the curfew is likely to unleash a wave of abuses by the security forces.

Instead of a military curfew, we need to dramatically enhance social mobilisation efforts through education and raising awareness. There is no need for militarisation and a formal curfew when citizens understand and trust the need for the limitations on freedom of movement. No amount of force or coercion will bolster compliance in the absence of understanding and trust.

If the government fails to heed our warning to rescind the planned enforcement of a military curfew, the DA reserves our right to challenge the move in court, because we place our trust in citizens rather than in coercion.