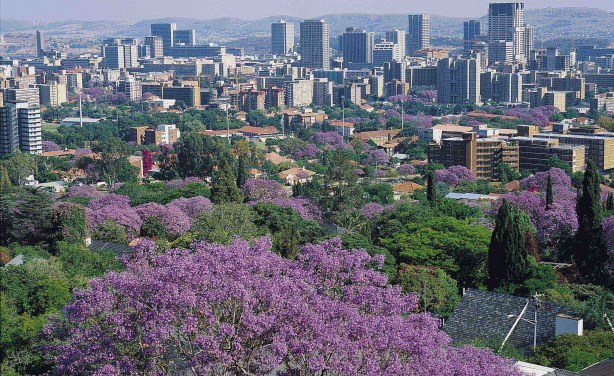 The DA welcomes the judgment handed down today in the North Gauteng High Court in the matter of Democratic Alliance and 3 others v The Premier for the Province of Gauteng and 16 others, in which the decision by the Gauteng provincial government to place the City of Tshwane under administration was overturned. The judgment also ordered all ANC and EFF council members to attend future council meetings unless they have a lawful reason to be absent.

This is an important victory not only for the residents of Tshwane, but for each and every citizen residing in towns and cities across South Africa, as this judgment will protect them too from the undemocratic interference of ANC-led provincial governments. Today was indeed a victory for democracy.

Next year’s Local Government Elections will no doubt see the ANC lose even more municipalities to minority governments. If they were allowed to get away with this blatant power grab in Tshwane, nothing would have prevented ANC-led provincial governments from doing the same wherever voters sent them packing.

In his scathing judgment, Judge President Dunstan Mlambo laid the reason and blame for the dysfunctional Tshwane council firmly at the feet of the ANC and EFF councillors whose continued walkouts left the council unable to conduct its business. He rightly points out that these councillors were prioritising their own party political agendas over their service to the people.

He was equally scathing of the inability of Gauteng COGTA MEC, Lebogang Maile – and by extension, the Gauteng Executive Council and Premier David Makhura – to bring these truant councillors to book despite having the power of the Systems Act Code to do so, saying that this would clearly have been a more appropriate course of action than the dissolution of council.

In the light of the judge’s devastating comments on the role Maile played in the collapse of the Tshwane council, we have no choice but to call for his immediate suspension. The DA will also now consider taking action in the NCOP, where the ANC was equally complicit in their eagerness and haste to support this power grab.

This judgment confirms what the DA has said since the start of the disruptions to the Tshwane council: that this decision to place Tshwane under administration was nothing but a poorly disguised attempt to take back, undemocratically, what the ANC had lost at the ballot box. This is why today’s judgment is a big victory for democracy, and a serious setback for those intent on undermining it.

The DA is proud of our colleagues who continued to serve the residents of Tshwane so selflessly during this trying time, and especially during the period of lockdown. We welcome this vindication, along with the cost order issued against the provincial government. The court has further ordered that council must be reinstated and that a council meeting must take place five days after level 5 lockdown has ended.

The DA is ready for this. We have never stopped working to ensure that Tshwane residents receive top quality services, and we look forward to doing so unencumbered by the undemocratic schemes of the ANC and its allies.