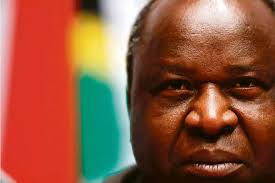 President Cyril Ramaphosa’s admission to Finance Minister, Tito Mboweni, that “We now need to move more boldly on the structural reforms programme” is welcome. For years the DA has been calling for a programme of economic structural reform to increase investment, grow the economy and create jobs.

Now this programme is needed not to grow the economy, but to save it from destruction.

Over the last decade our economy has been crippled by profligate government spending, an explosion in our national debt, and rampant corruption. Now that our economy has been downgraded to junk status by Moody’s, there seems to be some fresh realisation from the President and his team that urgent action is necessary. Better late than never.

Minister Mboweni should therefore ensure that he:

Minster Mboweni only has one shot at getting economic reform right. Piecemeal concessions that seek to retain the status quo and appease the ANC’s competing factions won’t cut it this time around. What we need is a concerted effort to turn South Africa’s economy away from strangling state control towards investment led growth.

South Africa path to recovery can only begin if the ANC government is ready and willing to:

That South Africa is in the middle of an economic crisis, made worse by Covid-19, is beyond doubt. What matters is whether we are willing to take the bold action needed to create the required conditions to grow the economy and create jobs.