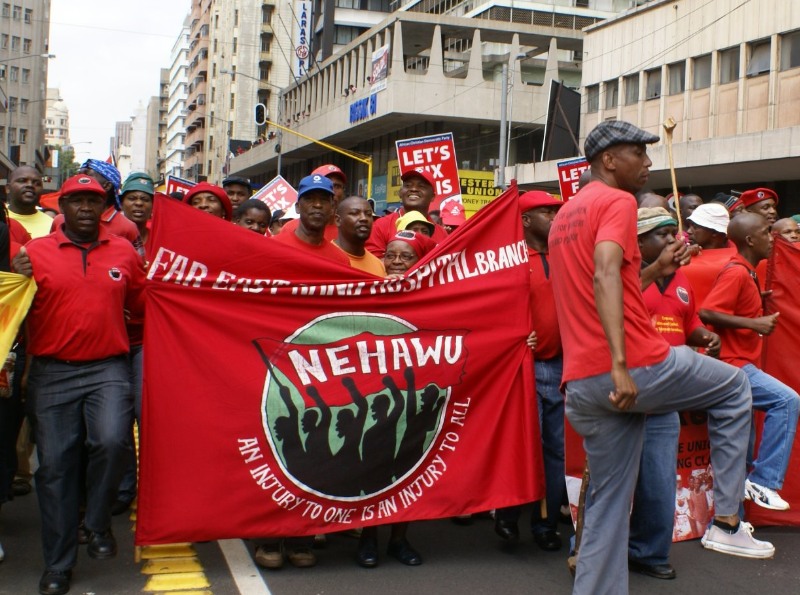 The Democratic Alliance (DA) welcomes our victory over the deranged plan by the National Education, Health and Allied Workers’ Union (Nehawu) to expose 20 000 public servants to the novel Coronavirus. Nehawu today announced that it had yielded to the DA, indefinitely postponing its “planned national day of action.”

This comes after the DA’s urgent intervention to protect public servants and the broader public from the Nehawu leadership, who planned to force 20 000 public servants to protest on 30 March despite the health threat posed by the Coronavirus.

Last week, we approached our lawyers to prepare a court application to urgently interdict Nehawu’s leadership from using the lives of workers as pawns in their desperate attempt to protect the incomes they extract from productive members of society. At the same time that we briefed our lawyers, we also wrote to the national commissioner of police, as well as to the minister of public service and administration, demanding to know what they plan to do to stop Nehawu from exposing 20 000 public servants to the Coronavirus.

The DA is happy that our rapid intervention to protect public servants and the South African public from Nehawu has paid off.

The government must now immediately proceed with the planned wage bill cut of R37.8 billion for the 2020/21 financial year. It must do so by adopting the DA’s proposal to freeze the wages of all managers and administrators, reducing the 29 000 millionaire managers in the public service by a third, and granting inflation-linked increases to all frontline service delivery heroes.

In the face of the fiscal destruction being wrought by the coronavirus crisis, these cuts are more urgent than ever to ensure that the state has enough money with which to support private businesses and workers.

In the wake of the DA’s victory over destructive unions, we will be writing to the minister of public service and administration, Senzo Mchunu, requiring him to undertake that he will implement the DA’s proposal by 1 April. We will not relent in our fight to protect South African citizens, and our economy, from dangerous unions like Nehawu.