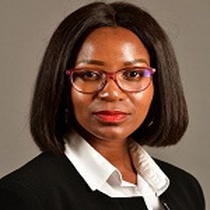 Mr President, last week I sat in this House and listened to you. I asked myself on what credibility does this government address us. With the increase in violence against women and children, a country that can’t keep the lights on, collapsing municipalities and Home Affairs that can’t protect our borders.

You said nothing about the Department of Home Affairs, you know why? Because everything is falling apart, and when things fall apart the ANC turns a blind eye and continue as if it is business as usual. While you were amongst the first people posing for pictures at the Tshwane home of Jabu Baloyi, who was killed when taxi drivers took a stand on fighting drugs in the city, it is shocking to learn that you stood here and said nothing on securing our borders to prevent more South Africans from dying like Jabu.

In September 2019 we lost nine (9) South Africans when there were xenophobic attacks in our country, at the time your silence was deafening and yet you stood here and chose to say nothing.

While we wait for your government to finalise the Border Management Authority Bill we expected you to guide us on how you currently plan to secure our borders.

Mr President in your speech you were silent about the fact that on the 2nd of February 2020, a police officer was murdered in Diepsloot by an undocumented foreigner. Crimes committed by undocumented persons are very hard to solve as the perpetrators are almost impossible to trace.

How many murders must go unsolved for your government to realise this is an important matter, that needs urgent attention. Where is the urgency? We cannot be comfortable in this House. Mr. President you cannot be comfortable.
The DA has a plan to secure our borders and stop illegal immigration.

We believe that it is important to:

1. Assist, support and care for legitimate refugees and asylum seekers; and
2. Attract foreign nationals with scarce skills to South Africa to help us grow our economy and create jobs;

And the DA will secure our borders and stop illegal immigration by:

1. Arresting, detaining and deporting those who repeatedly enter the country illegally;
2. Ensure undocumented immigrants are regularised or assisted in leaving the country if they do not meet the criteria for remaining in the country;
3. Strengthening our border posts. Through proper control and order, we can create corruption-free and effective border security and control;
4. Eradicating the corruption and inefficiency endemic to Home Affairs.

I am shocked that you kept mum about long queues at the Department of Home Affairs Offices, its network that is always offline, and allegations that citizens of our country are expected to pay bribes to skip the queues.

On Gender Based Violence you said “We implemented an emergency action plan and prioritised R1.6 billion to support this plan until the end of the current financial year. There has been progress in several areas”. What progress? What areas?

Amahle Thabethe from Springs has been missing from the 6th April 2019.

In September Precious Ramabulana was raped and killed in her room.

Belinda from Standerton together with her daughter has been missing since the 28th of January.

While the family members continue to search for their loved ones we will leave no stone unturned searching for your backbone, Mr. President, to take bold decisions on important matters affecting our country.

Your 5-point emergency plan has failed. it has also failed to address shortage of SAPS officials and insufficient resources.

I have conducted oversights at Govan Bethal, Standerton and Sakhile SAPS and our oversight revealed that while the population is growing the government has failed to increase the number of SAPS officials and there is a shortage of vehicles and where they have vehicles their vehicles have 300 000+ kilometres on the clock.

Though SAPS have adults and minor rape kits they are not provided with buccal swaps which causes delays investigating sexual offences.