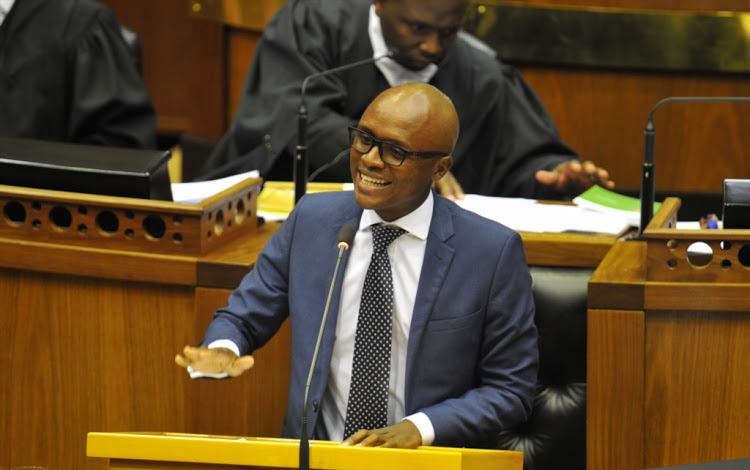 In every State of the Nation Address by President Ramaphosa, we are serenaded with remixes of classics hits: from Thuma Mina to Khauzela and just last week to a verse by Ladysmith Black Mambazo

Beneath all those sonic seductions, are the echoes of unfulfilled promises.

Mr. President, while you artfully plead for more time from all of us to fix what’s broken in the country, the reality is that many South Africans have no more time left to wait.

The people of Mzilela Village who have never had access to clean drinkable water since 1994 are tired of waiting.

The young graduates who have never had a job since their graduation are tired of waiting.

Victims of rape are tired of waiting for rape kits at police stations every time they report their cases.

All of them want a government that understands the urgency of their plight.

Their patience has been tested over and over again. All they need is more delivery, less promises.

All these claims about being serious about fighting corruption will only be credible
when corrupt politicians start going to jail.

Until then, such calls will remain the repetitive hollow sounds of broken records.

Mr. President, you spent a great deal of time in your speech sharing the extent of multiple consultations, summits, forums, councils and all other glorified WhatsApp groups overelaborating on the simplicity of our problems.

Truth be told, it shouldn’t take such endless consultations to fix what’s broken in our country because the solutions are so obvious for all of us to see.

All it takes is the courage to confront the left-wing ideologues and dump their dogmatic obsessions.

Reaffirm the independence of the South African Reserve Bank. Stop the nationalization of medical health care. Stop the expropriation of land without compensation. Privatize failing state-owned enterprises. Fire all corrupt politicians in government.

If you do this, you will restore the investor confidence that will help create the jobs that so many South Africans desperately needs.

But we all know that all of these are impossible because of the deep ideological differences between the factions you are trying so hard to appease.

Mr. President, now more than ever is the time for policy uniformity in government and not the expedient policy double-speak that currently prevails in your government.

What the country needs is the repetitive singular chorus of policy certainty from your administration not another remix of a classic song as a rallying call.

Fellow South Africans, perhaps now is the time to recognize that the ANC has simply ran out of the best ideas for our country to prosper.

The standard ANC response to every major debate about the future of our country is nationalization!

Now is the time for a government that protects individual property rights rather than trample on them.

Now is the time for a government that embraces citizens’ right to choose the medical help they prefer rather than take away their rights.

Now is the time for a government has can deliver quality primary education that empowers our children to be amongst the leading nations in reading and writing with meaning and maths literacy.

Now is the time for a government that can devolve powers to provinces to establish provincial police services rather than fight provinces that are trying to fight crime.

We have the most consistent record for spending taxpayers’ money wisely.

Where we govern outright – every credible research shows that – the quality of life is better.

Communities are much safer.

Public infrastructure is in a better condition due to regular maintenance.

Poor residents have access to a broad basket of subsidized free basic services than anywhere else in the country.

It is easier to start and run businesses because we have eliminated the red tape that frustrates entrepreneurs.

And yes, we could do better.