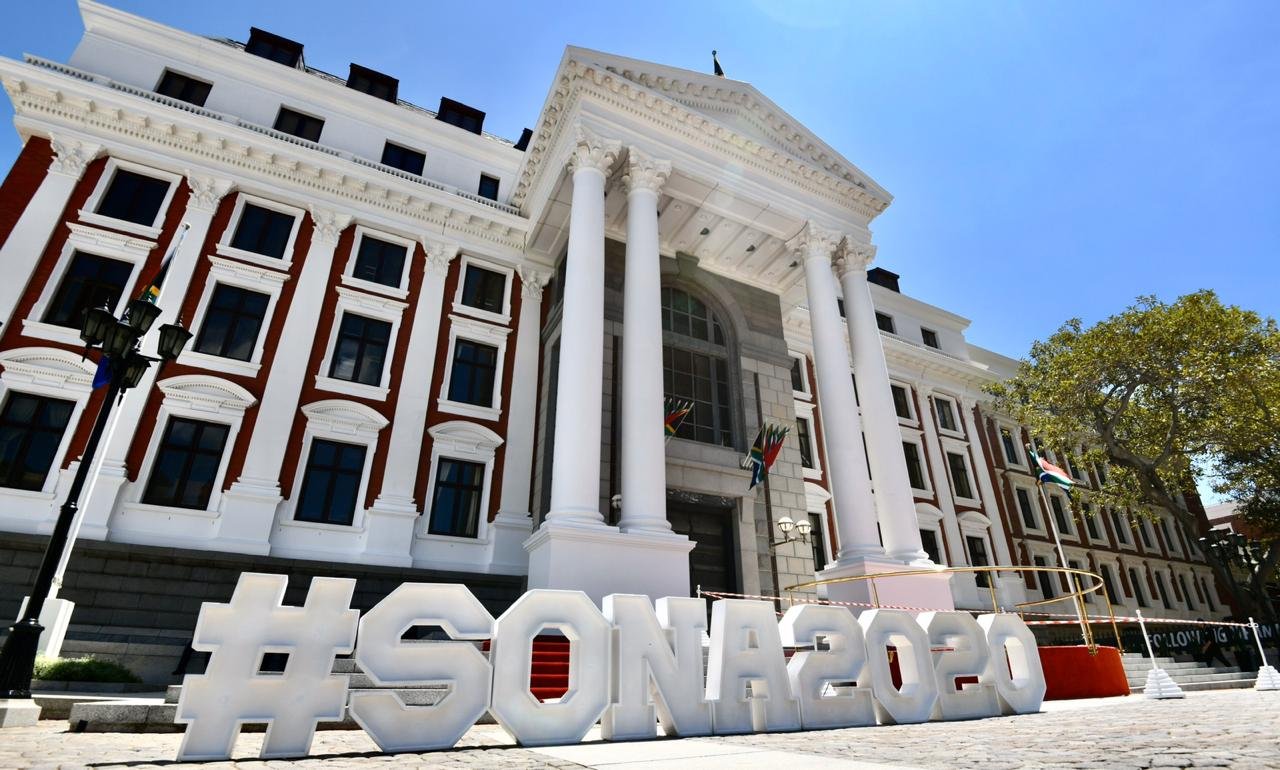 This evening, in his 2020 SONA speech, President Ramaphosa was forced into making a choice he has been putting off since assuming the office of the President two years ago. He was forced to choose between saving his country from economic disaster and saving his party from internal war. And tonight he chose the ANC over South Africa.

I am sure this was no easy decision for the President. No one wants to be remembered as the man on whose watch the country’s economy collapsed and millions of people were forced into hardship and suffering. But similarly, he would not want his legacy to be the weakening and possible split of the former liberation movement.

A bold president, however, would have chosen his country every time. Cyril Ramaphosa chose his party.

This SONA speech was his moment. The perfect storm of a stalled economy, rampant unemployment, fast-disappearing investment, shrinking tax revenue and a failed state-owned power utility has meant that this decision could no longer be kicked down the road, as the President has been doing these past two years. We have reached the proverbial D-day for introducing the critical reforms needed to stave off an economic collapse.

President Ramaphosa knows this urgency, and he also knows exactly what needs to be done. Since the start of his term as president – and particularly in recent months – economists, ratings agencies, opposition parties and even his own Finance Minister, Tito Mboweni, have been telling him the same thing: Either you make bold economic reforms – even if this politically difficult – or you sign the death warrant of our economy.

The most urgent of these reforms are:
Breaking Eskom’s monopoly, closing the tap of taxpayer bailouts and keeping government’s hands off pension savings
Relaxing our stifling labour legislation to enable labour-absorbing businesses to succeed.
Reviving investor confidence by immediately walking away from the destructive populist policies of Expropriation Without Compensation and the National Health Insurance.

These were the low-hanging fruits that would have made the big difference. Without these critical interventions, our chances at rescuing our free-falling economy become very slim indeed. There are, however, many other things the President should also have announced tonight, such as doing away with the elite enrichment scam that is BBBEE, fixing basic education by curtailing the power of SADTU, and ensuring the safety of South Africans by devolving SAPS power to the provinces and metros.

But in each of these instances there is an interest within the ruling ANC alliance that was considered more important than the fate of 58 million South Africans.

In the case of Eskom and the electricity crisis, the President made some moves in the right direction, but stopped far short of what was required. Eskom remains the biggest threat to our nation, and the emergency measures announced tonight simply confirm what we all know: Eskom is dead. The ANC’s insistence on trying to resurrect it by raiding the pensions of government employees is madness. There is no “financially sustainable” way to throw a quarter of a trillion Rand of pension savings down a hole that has no bottom.

So while we welcome the announcement of plans to add additional energy to the grid, promises to process applications by commercial and industrial users to produce their own power within 120 days, as well as the decision to back the DA’s long-fought proposal to allow municipalities to procure their own power from independent producers, this is simply not enough.

What the President should have announced tonight was not only the breaking up of the utility into three separate entities – that of generation, transmission and distribution – but also the privatisation of parts of it to settle its debt. He should have announced a rationalisation of its bloated workforce, and he should have vowed to keep his hands of the pension savings of hard-working South Africans.

Instead the president chose to side with its union partners. He chose to protect the monopoly of the failed power utility at the expense of ordinary South Africans, who now have to pay three times for this failure: Once through the tax-funded bailouts, once through hiked electricity tariffs, and once through load-shedding and its resultant effects on the economy.

The president also chose to protect the financial interests of the unions who would stand to lose out if any of their members lost their jobs at the overstaffed Eskom. The irony of protecting the jobs of the same people whose pension savings he is planning to raid to prop up Eskom seems to have been lost on him.

We saw this same party-ahead-of-country decision playing out in virtually every other decision or omission of this SONA speech.

What the country, and particularly the 10.4 million South Africans without work, desperately needed was bold reforms to our draconian labour legislation that would allow businesses to thrive and absorb labour. For instance, there is no logical reason that Small, Medium and Micro Enterprises should have to jump through all the onerous and business-killing labour legislation, other than the Basic Conditions of Employment Act.

The business community have been begging this ANC government to help them solve our massive unemployment crisis, and President Ramaphosa knows exactly what needs to be done to free up our labour regime. But still he chose to side with the economic insiders – those with jobs as opposed to the millions on the outside – and maintain our hostile labour laws.

The same can be said for the economy-killing policies of Expropriation Without Compensation and the National Health Insurance. Both of these are guaranteed to have disastrous consequences for our economy and our people, yet the president and his government remain attracted to them like doomed moths to a flame.

In the case of the NHI, this is a plan we don’t need and certainly can’t afford. The additional tax burden this will require will surely slam a nail in the coffin of our already-dwindling tax revenue, not to mention the inevitable drain on our doctors and nurses as they leave our shores to flee the NHI. Furthermore, nothing in the NHI proposal speaks to the real challenges of healthcare infrastructure failure, skills shortages and the shortage of life-saving medicines.

Similarly, EWC will kill off all future investment in South Africa. A country that can’t guarantee secure property rights cannot possibly convince anyone that their investment will be safe. The moment you start picking and pulling at the thread of property rights, you start to unravel the entire economy. This is precisely what happened to Zimbabwe when they went down this road.

President Ramaphosa knows all of this. He knows that NHI will ruin healthcare in South Africa, both private and public. And he knows that EWC will shut the door on all investment, thereby hastening our runaway unemployment and our economic collapse. But yet he is prepared to persist with both these schemes, not because they are in the interest of the people of this country, but because they offer a cheap and easy tool for his party to win populist support. ANC first, South Africa last.

Tonight was his chance to be bold and courageous – to be the President of South Africa and not just the President of the ANC. To turn to his party and say, “This won’t be comfortable, but there are some things we have to do for the sake of our country.” But when push came to shove, President Ramaphosa simply could not do that.

Many South Africans were shocked back in 2015 when then President Zuma said, “I argued one time with someone who said the country comes first and I said, as much as I understand that, I think my organisation, the ANC, comes first.” It seemed treasonous for a President to unashamedly suggest that the interests of his party should trump those of his country. But Zuma was no aberration in his party. This attitude of “ANC first, South Africa last” is part of the DNA of the ruling party. President Ramaphosa’s decision to save the ANC at the expense of South Africa comes as no surprise.

His choice this evening could not have been simpler: Save your country from near certain economic collapse, or save your party and its alliance partners from a possible split down the middle.

This evening, with the eyes of the world on him and the hopes and expectations of every single South African resting on his shoulders, President Ramaphosa said, “Sorry, but I choose the ANC”.