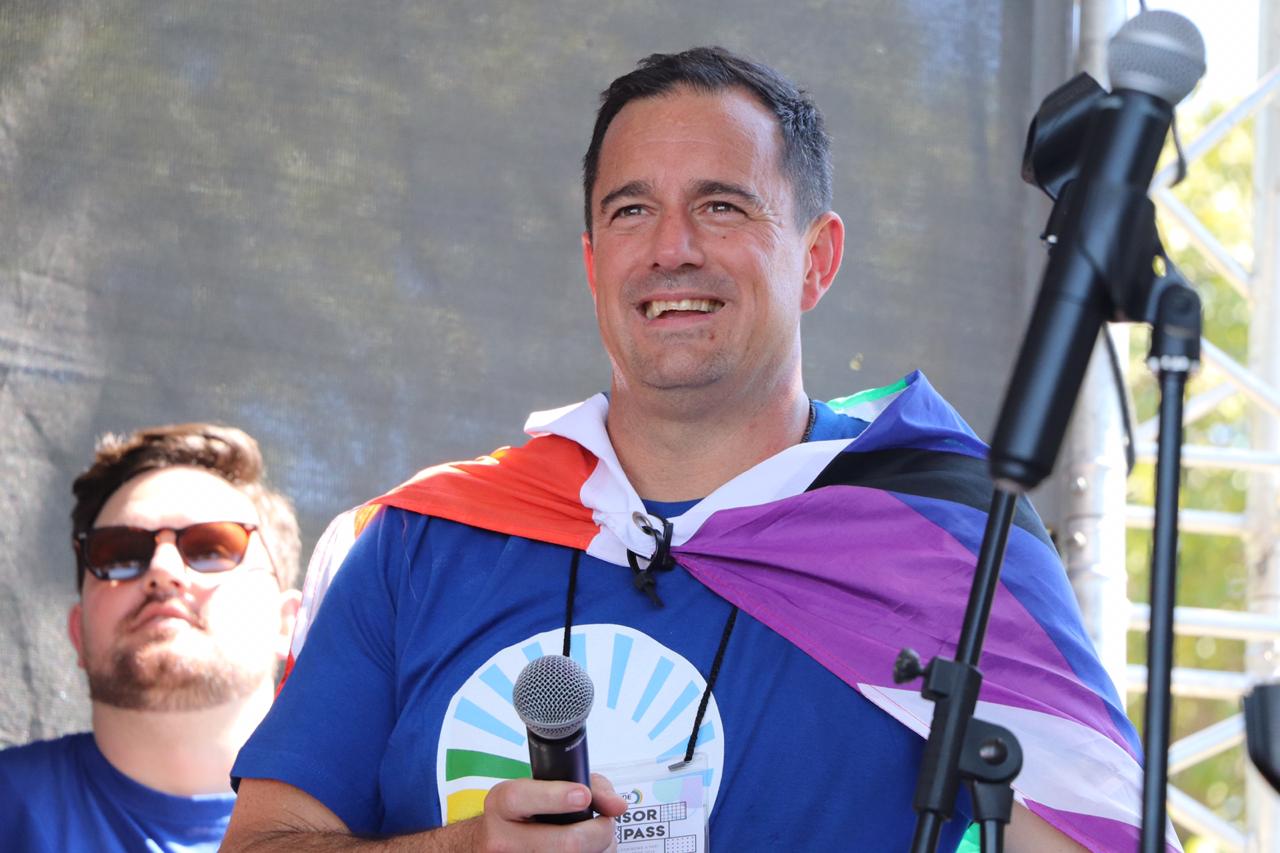 The following remarks were delivered today by the DA Leader, John Steenhuisen MP, at the Cape Town Pride Festival.

Good afternoon, my fellow South Africans. What a beautiful day in a beautiful city! And what a great sight to see so many Capetonians out their numbers in support of the LGBTQI community.

Less than a quarter of a century ago, this gathering would have been illegal, but here we are today proudly celebrating the right to be whomever we want to be, and to love whomever we want to love. It is fitting to call this movement “Pride”. There is every reason to be proud, because what we see here today is the culmination of a generation’s selfless struggle for equality and dignity. We have come so far over the past two decades.

And Cape Town, in particular, can feel proud. There is not another place in South Africa that embraces and cherishes the LGBTQI community like this Mother City does. Cape Town has long been a friend and ally to the LGBTQI community, and many of the advances in the fight against discrimination were pioneered here first.

We have come a long way, but we are not done yet. This fight is not truly won as long as people elsewhere are still persecuted and prosecuted for simply being who they are. Yes, we can celebrate the strides we have made here, but we cannot be content with this freedom while so many of our brothers and sisters on this continent still suffer every day at the hands of prejudice, bigotry and cruel legislation. In many African countries, being gay is enough to get you thrown in jail, or worse.

Countries like Nigeria, Tanzania, Sudan, Malawi and Kenya have extremely repressive laws when it comes to same-sex relationships. In places like Uganda, Mauritania and Somalia this is even punishable by death. We cannot simply be satisfied with our own society’s liberation. We owe it to the people of these countries to help fight for the same freedoms we now take for granted.

We certainly cannot do as Deputy President Mabuza suggests and “be decent enough to keep our mouth shut” when it comes to the inhumane treatment of the LGBTQI communities elsewhere in Africa. That might reflect his own views and his own idea of morality, but he most certainly does not speak for the rest of us. We don’t mind our business. We speak up when we see an injustice.

But Deputy President Mabuza did also remind us that there are platforms like the African Union and the Southern African Development Community where these issues can be discussed. And it just so happens that our very own President, Cyril Ramaphosa, has recently assumed the Chairmanship of the African Union – a position he will hold for the year.

Never before has there been a better opportunity to put the plight of the LGBTQI community in Africa on the agenda. Just as President Ramaphosa owes it to South Africans this year to show courage and backbone in defending our economy from the enemies of growth, he owes it to our fellow Africans to stand up for them and defend their freedom on the continent’s biggest stage.

So the challenge is clear, Mr President: Show the world that you do not share your Deputy President’s backwards views on looking the other way when it comes to human rights abuses. Make it clear that an attack on a member of the LGBTQI community in Kampala or Dar es Salaam or Mogadishu is as unacceptable as an attack here at home. Make your term as Chair of the AU count, and push hard for the rights of all Africans to be whomever they want to be, and to love whomever they want.

No one will remember the guy who didn’t rock the boat, but history does not forget those who stand up and speak out – those who start the tough conversations and those who fight for the oppressed. If you want to make your mark as the head of the AU this year, President Ramaphosa, fighting for the equality and dignity of all Africans would be a source of great pride.